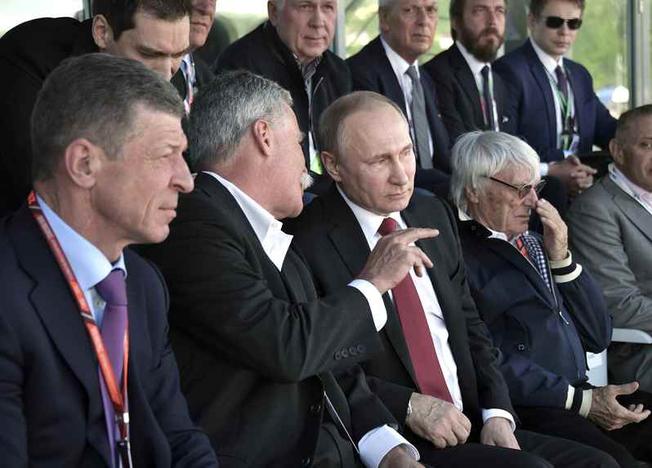 The man who filmed last week’s chemical attack on opposition leader Alexei Navalny told Novaya Gazeta that he was able to film it because he knew about it in advance. Alexei Kulakov, a member of the radical pro-Kremlin movement SERB, says he was told anonymously to film an unspecified event; he later denounced the act. Online activists believe that the attack was carried out by Alexander Petrunko, also an SERB member. Navalny has been diagnosed with a chemical burn since the attack, and there is a risk that his vision may not recover; he says the Kremlin is to blame. Moscow activist Natalya Fyodorova may also be suffering from permanent damage to her sight following a similar attack. Conservative groups in Russia are pushing for restrictions on the Internet to combat Navalny and other opposition figures from using social media to mobilise Russian youth. German Chancellor Angela Merkel will visit Russia this week in a bid to improve relations.

Moscow police detained 19 “leftist, femininst, and vegan activists” at a May Day parade yesterday. Twenty activists were also detained in St Petersburg for marching in support of gay rights in Chechnya. RFE/RL has video of some of the protests. Protesters in Hungary marched through Budapest against the government’s growing ties to Russia. President Vladimir Putin is making some pre-election “star athlete with manliness” appearances. Putin has given an interview to director Oliver Stone, in an documentary due to be aired next month.

This piece focuses on the Vods, Russia’s disappearing ethnic group of which only a few dozen people are left.