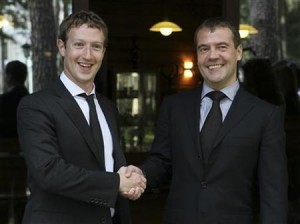 The appeal of protest group Pussy Riot has been delayed, after one of the women, Yekaterina Samutsevich, fired her lawyer over differences regarding the position of their defense.  Another of the group’s lawyers speculated that Samutsevich ‘had been pressured into rejecting her lawyer in order to delay the hearing’.  A number of people protesting against Pussy Riot in front of the court yesterday were detained.  Sergei Ivanov, Kremlin chief of staff and aide of President Putin, described an Orthodox protest against the musical Jesus Christ Superstar as ‘just plain stupid’.  The controversial ‘Innocence of Muslims’ film has been declared extremist by a Moscow court.  Facebook chief executive Mark Zuckerberg met with Prime Minister Dmitry Medvedev yesterday to discuss the social network’s expansion in Russia.  Yandex has launched a ‘relatively minimalist Russian-language’ internet browser to rival Google.  Georgia’s Russia-linked opposition leader, Bidzina Ivanishvili, is claiming a victory in yesterday’s parliamentary elections.

Masha Gessen says Medvedev’s decision to abolish winter time last year ‘came to symbolize Russian government work in general: ill-considered, dismissive of people’s needs and, ultimately, both pointless and dangerous.’  This article explains that the Kremlin’s move to allow the direct election of governors acts as ‘a “filter” at the municipal level’ and ‘cull[s] unwanted candidates’, allowing Kremlin favourites to run in regional elections, like those coming up next month.  Now that USAID has closed its offices, President Vladimir Putin is proposing to bring nonprofit groups that provide social services under closer government supervision.  How are activists planning to continue their operations?

Is Moscow bankrolling a secret strategy to undermine the shale gas boom?  Chilean investors should look to Russia, says the FT.  ‘In the near future, the former ways of injecting funds into Russian entrepreneurship may see more tax scrutiny.’