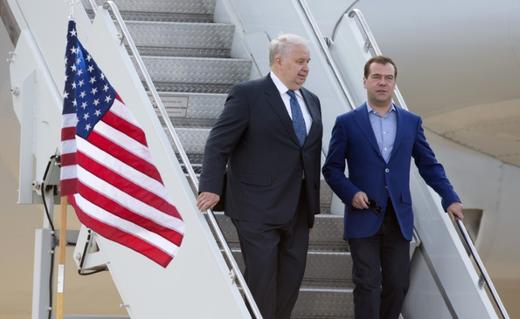 Sweden is to reinstate military conscription for both men and women (which it abandoned 7 years ago), as a result of security concerns in Europe, increased military activity in the Baltic region, and the growing threat from Russia.  The Swedish Defence Minister says the decision is directly related to the annexation of Crimea and Russian aggression in eastern Ukraine.  The German Foreign Minister also criticised Russia’s military build-up in the Baltics, and promised to keep troops in the region for as long as necessary.  NATO’s highest-ranking operational European officer says the alliance cannot deter Russia on its own, and needs to formulate a strategy with the E.U. to maintain security; he mentioned the Balkans as an area of particular concern.  Anti-corruption campaigner Alexei Navalny has accused Prime Minister Dmitry Medvedev (the ‘sleepy clown’, as his critics call him) of being one of Russia’s richest and most corrupt bureaucrats, accusing him of using $1.2 billion worth of donations from charities and non-profit organisations to purchase personal assets. He allegedly owns a vineyard, yachts, a palace, and several luxury residences in Russia and abroad, not just the single summer home that was exposed by the Anti-Corruption Foundation last year. One journalist speculated that the allegations, which Medvedev dismissed as ‘propaganda‘, could lead to him being replaced by Rosneft head Igor Sechin. ‘Everyone in the government thrives on corruption,’ Navalny said.

The Moscow memorial to Boris Nemtsov has been removed by the authorities for the second time in a week.  Oleg Kashin characterises 21st-century Russia as a country that ‘take[s] pride in [its] crimes while at the same time claiming to have no involvement in them’. Agzam Sharafiev, the editor of a local newspaper in Sverdlovsk, escaped after a live grenade attack outside his home, which he blamed on his political and journalistic work, for which he says he receives regular threats.  The Foreign Ministry says it is looking to fully restore relations with Libya, and to help it through ‘the most severe trial in its history’.  Russian prosecutors are requesting the extradition of former banker and Kremlin insider Sergei Pugachyov from France, on charges of theft and embezzlement; he says the request is ‘absurd’ given that he gave up his Russian passport in 2012.  Gazprom’s $11 billion financing package for its controversial and unpopular (in Europe) pipeline to Germany is almost complete.

U.S. Attorney General Jeff Sessions says he has recused himself from the FBI’s ongoing investigation into the Trump campaign’s interactions with Russia.  The Independent reviews and evaluates Sessions’ connections with Russia.  The Moscow Times focuses on Russia’s ambassador to the U.S., Sergei Kislyak, who is accused by some of being a spy.

PHOTO: Dmitry Medvedev (R), prime minister of Russia, walks with Sergei Kislyak, Russian ambassador to the U.S., as he arrives for the G8 Summit at Dulles International Airport in Chantilly, Virginia May 18, 2012. REUTERS/Joshua Roberts