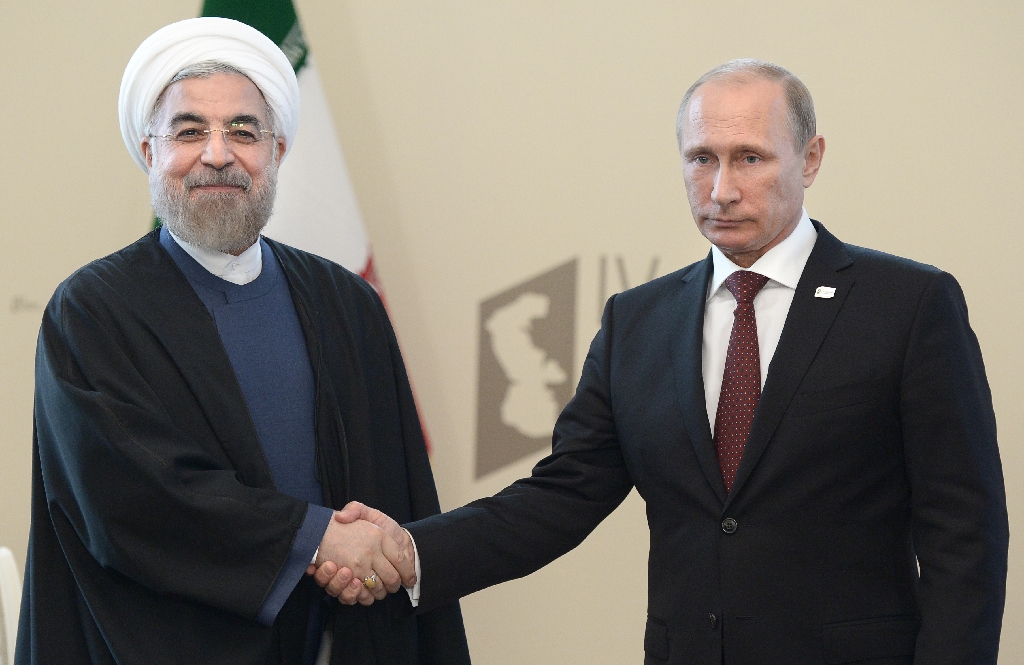 Moscow says it is satisfied with the results of talks between Iran and the United Nations Security Council members, which provides parameters for Iran’s nuclear program and, some say, amounts to a victory of U.S. and Russian cooperation.  That’s not how Iran sees it: Defence Minister Hossein Dehghan praised Iran and Russia’s joint effort in ‘confront[ing] the expansionist intervention and greed of the United States through cooperation’.  The Russian Foreign Ministry says the deal will help the security situation in the Middle East.  Crucially, Russia isn’t prepared to surrender its U.N. Security Council veto with regard to the deal, which could allow it to block the reimposition of the sanctions against Iran should it break the terms.  Analysts say that, if Russia sides with Iran completely, its future conflict options will be limited: ‘It is in Russia’s interest to stay above the divisions and have influence among all parties.’  The Financial Times condenses the deal into five key takeaway points.  Ukraine has won breathing space from Russia over gas supplies for the next three months, having secured a temporary ease in pricing ($248 down from $329 per thousand cubic meters) which will begin at the start of Ukraine’s off-season.

The Arctic oil rig spectacularly protested by Greenpeace in 2013 is to net the Kremlin a total of $11.5 billion over its life cycle, or $700 million per year.  President Vladimir Putin is allocating $74.5 million this year to NGOs that defend human rights – twice the budget of last year.  The United States slammed Russia’s ‘occupation authorities’ for shutting down Crimean Tatar language media and undermining freedom of expression in the region.  The United Nations has called on Russia to take action against various human rights abuses, asking that it repeal its laws against free speech and gay rights, and take steps towards the prevention of torture and racist crimes.  The New York Times says anti-gay sentiment is on the rise in Russia, and that gay teachers are being disproportionately targeted under the law against exposing children to ‘gay propaganda’.

Concert venues in Moscow are refusing to host a memorial event in honour of murdered opposition leader Boris Nemtsov.  The Economist says a fight is taking place for Nemtsov’s memory, and that the Kremlin is trying to ‘airbrush’ him by clearing the memorial from the bridge where he was murdered – ‘already dubbed Nemtsov Bridge’.  This brilliant piece of social media analysis found over 2,900 Twitter ‘bots’ attempting to sway public opinion on Nemtsov’s murder just hours after it happened.