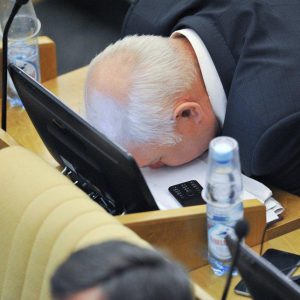 In a bilingual Facebook post, Prime Minister Dmitry Medvedev has described US President Donald Trump’s decision to sign new sanctions into law as the acceptance of ‘a full-fledged economic war on Russia’ which ‘will remain in effect for decades’ and ‘ends hopes for improving our relations with the new US administration’. He also said that the move reflects the Trump administration’s ‘total weakness’, a view shared by Konstantin Kosachyov, of the Federation Council’s international affairs committee, who writes that Trump has ‘surrendered’ to pressure from Congress. United Nations Ambassador Vassily Nebenzia has taken it as a moment to assert Russian strength, saying, ‘they should have known better, that we do not bend, we do not break’. Trump has described the legislation as ‘significantly flawed’, adding, ‘we hope there will be cooperation between our two countries on major global issues so that these sanctions will no longer be necessary’. Foreign Ministry spokesperson Maria Zakharova has lambasted the US Embassy in Russia after reports emerged that it has started to reject travel visas for Russians, following the retaliatory cuts to consular staff. See here for a report on how a new website, Hamilton 68, hopes to track Russian-backed propaganda and disinformation from a pool of 600 Twitter accounts. The Defence Ministry has vociferously denied a Reuters report which claims that the death toll among servicemen in Syria is far higher than official statistics suggest.

As a result of ‘the series of declarations that have an unfriendly and damaging character for the Republic of Moldova and its citizens’, Deputy Prime Minister Dmitry Rogozin has been declared persona non grata in the country, a move which the Kremlin considers ‘absolutely unacceptable’. Deputy Foreign Minister Grigory Karasin has described the interdiction on Rogozin as ‘provocative and unsubstantiated’. In Ukraine, the signing of budgetary amendments to allow for an increase in military costs should be cause for concern, warns a high-ranking Russian official.

An RBC report has found that seventeen deputies in the State Duma, among them chess grandmaster Anatoly Karpov and Ramzan Kadyrov crony Adam Delimkhanov, have been inactive during sessions for a year. Opposition activist Vladimir Yegorov, charged with extremism last year for criticising Putin on the Internet, has been extradited from Belarus to Russia, after his attempt to seek asylum there failed. A Moscow court has ruled to deport openly gay Novaya Gazeta reporter Ali Feruz to Uzbekistan, where, his friends at Amnesty International fear, he may face persecution, as homosexuality is punishable by lengthy prison sentences. The Guardian reports on the case of Memorial member Yury Dmitriyev, a 61-year-old ‘gulag grave hunter’, who has been charged with taking indecent images since he used his work to criticise the Putin regime. Brian Whitmore explains how Alexei Navalny can win next year’s presidential election ‘by losing’.