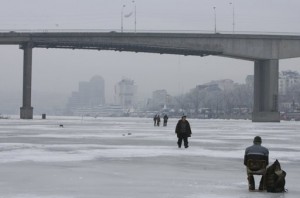 Foreign Policy magazine has named President Vladimir Putin the most influential political, business, and social figure in the world.  The Duma is planning to consider imposing a national ban on ‘promoting homosexuality’ later this month, based on laws already adopted in St Petersbug.  French actor Gerard Depardieu has been granted Russian citizenship, allowing him to take advantage of its flat 13% income tax rate (thereby sidestepping the 75% mega-rich tax that François Hollande is aiming for).  Putin, who personally approved the decree granting Depardieu’s passport, praised his contributions to Russian culture.  Depardieu, for his part, called Russia ‘a great democracy,’ and has vowed to learn the language.  But Depardieu’s is one of the few cases in which wealth is flowing into the country, says this report, noting 2011 outflows of over $80 billion and wealthy Russians’ penchant for U.S. real estate.

The adoption ban continues to draw happy case studies of Russian orphans in U.S. homes, and anger from those whose adoptions have been shut down whilst in process, whilst disabled U.S. adoptees from Russia are ‘tak[ing] on activist roles’ to protest the ban.  Ukraine’s President Viktor Yanukovych says he thinks it is ‘wrong for the issue of adoption to be focused on to political ends’.  Vladimir Putin’s family-oriented New Year’s speech looks like hypocrisy against the backdrop of the adoption ban, says The Economist.

Engineers in St. Petersburg apparently are developing an integrated control system for a group of combat robots.

PHOTO: Men fish through holes in the ice on the Don river in in the southern Russian city of Rostov-on-Don January 3, 2013. REUTERS/Vladimir Konstantinov