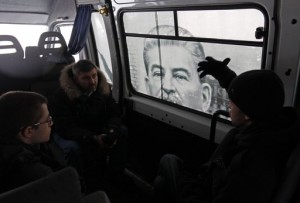 Prominent opposition figures including Nikita Belykh and Boris Nemtsov are being summoned by the Investigative Committee for questioning in the embezzlement case linked to Alexei Navalny.  Patriarch Kirill says he backs the idea of criminal prosecution for blasphemy.  President Vladimir Putin says that the Orthodox Church should have more influence over Russian life.  Putin joined in with this weekend’s controversial commemoration of Stalingrad, praising it as ‘a symbol of the unity and invincibility of our people’.  Members of the Kremlin’s human rights council believe that police, not activists, instigated violence at last May’s opposition protests, saying that the qualification of the protest as a ‘mass riot […] does not reflect the reality of what happened’.  11 activists are in pretrial detention for taking part in the protests, and the Investigative Committee, dismissing the human rights watchdog’s claims, says all the arrests are ‘justified’.  A reported 800 people gathered in St. Petersburg yesterday to protest the possible closure of a children’s cancer treatment center.  ‘St. Petersburg is renowned as the European capital of homophobia’, says Viktor Davidoff.  A group of U.N. human rights experts want the Duma to drop its proposed nationwide ban on ‘homosexual propaganda’.

U.S. Vice President Joe Biden, speaking in Munich, noted ‘serious differences’ with Moscow ‘on issues like Syria, missile defense, NATO enlargement, democracy, human rights.’  Foreign policy official Alexei Pushkov says ties with the U.S. will not improve until Washington ends its open criticism of Russian human rights and its support of Putin’s enemies.  The U.S. strongly objects to Russia’s decision to ban all imports of U.S. beef and pork over fears they may contain traces of the additive ractopamine.  Foreign Minister Sergei Lavrov has taken part in talks with the Syrian opposition leader, Moaz al-Khatib, who said that ‘lots of details’ still needed to be discussed in order to end the current crisis.

The Moscow Exchange is hoping to raise over $502 million in proceeds from its stock market flotation.  Next year’s Sochi Winter Olympics are already the most expensive games in history, with costs expected to exceed $50 billion in state and private investment.  The aviation watchdog has revoked the license of Alexander Lebedev’s Red Wings Airline, following a crash of one of its Russian-made jets.  The artistic director of the Bolshoi Theatre, Sergei Filin, in recovery from an acid attack by a masked assailant, says he is ‘absolutely certain I know who did this’.

PHOTO: Passengers chat inside a bus decorated with a portrait of Soviet dictator Josef Stalin as it drives through the street in St. Petersburg, February 3, 2013. Russia on Saturday marked 70 years since the German surrender after the six-month Battle of Stalingrad during World War Two, which became a symbol for Russians of patriotic sacrifice and unity. REUTERS/Alexander Demianchuk