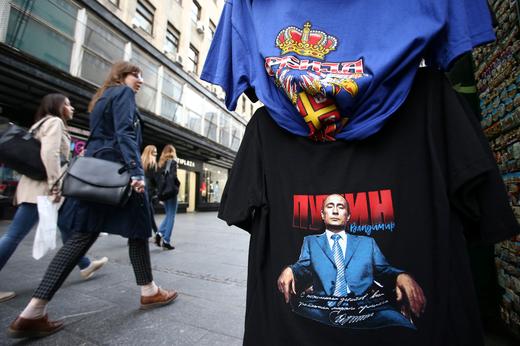 A senior election official says that opposition leader Alexei Navalny is ineligible to run for the presidency next year unless he can overturn his conviction for embezzlement, which was upheld yesterday with a five-year suspended prison sentence. Navalny’s team says they will appeal to the European Court of Human Rights. The conviction won’t stop Navalny from running for president, however, despite Russia’s federal laws on voting rights. Navalny points out that the constitution only bans incarcerated and legally incompetent citizens from running, and plans to appeal to the Constitutional Court to overturn the federal laws that block his bid. Russian law enforcement has ignored last week’s chemical attack on Navalny, despite his supporters having identified the assailant (a member of the nationalist group SERB), possibly because “pro-government vigilantes remain the regime’s natural allies”. A survivor held in a torture camp for gay people in Chechnya says authorities are telling parents of gay men to have their children killed. “They say ‘Either you do it, or we will.”

Russia’s relationship with Turkey has fully recovered from its 2015 crisis (with the exception of the ban on Turkish tomatoes), according to President Vladimir Putin, who also revealed that Russia plans to invest $22 billion in the construction of a Turkish nuclear power plant, and a $1 billion Russian-Turkish investment fund. Oil giant Rosneft has filed suit against the Sistema conglomerate, owned by oligarch Vladimir Yevtushenko, for $1.87 billion, causing company shares to plummet. The case is related to assets stripped from Sistema’s former subsidiary, Bashneft. US Secretary of State Rex Tillerson says there is currently “almost no trust” between Russia and the US. FBI director James Comey says he expects to see further election meddling from Russia in 2018 and 2020, and described the country as “the greatest threat of any nation on Earth, given their intent and capability”.

A new survey by VTsIOM shows the declining influence of television on the Russian public, with citizens relying much more on the Internet for their news. In response to complaints from the Orthodox Church, the cartoon network 2×2 will not air an episode of The Simpsons that mocks Christianity. The Russian language has no word that equates to “personal space”.

PHOTO: A woman walks past a t-shirt bearing a portrait of Russia’s President Vladimir Putin, displayed for sale on a street in Belgrade, Serbia, April 11, 2017. REUTERS/Djordje Kojadinovic