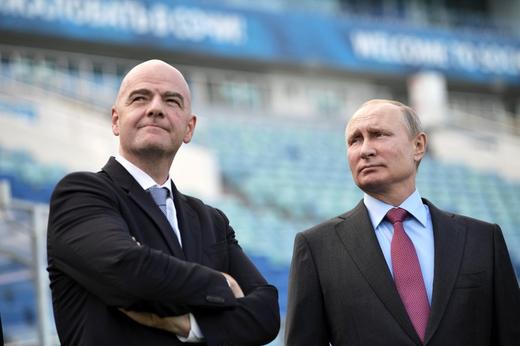 Roskomnadzor has now blocked 50 VPN services and anonymised browsing sites that have been allowing users to access banned messaging service Telegram. Viber, a similar service, already disrupted by Roskomnadzor’s efforts to ban Telegram, could eventually also be directly targeted by the regulator over a similar dispute about encryption keys, suggested Communications Minister Nikolai Nikiforov. The Telegram ban’s most profound impact, says Newsweek, is that if it succeeds, it will “set Russia firmly on the road to internet totalitarianism”. A poll by the Levada Centre apparently found that roughly half of Russians support laws that would grant the authorities access to private messages. Ten activists in St Petersburg were detained and fined for waving non-Russian flags during annual May Day celebrations. Exxon Mobil is foraging ahead on its $15 billion LNG deal with Rosneft, in spite of Western sanctions. Russia reaffirmed its pledge to the OPEC alliance, despite having failed to comply with its terms and marginally overproducing for the past two months. Preliminary construction work for the Nord Stream-2 gas pipeline has begun in Germany.

Russia’s internet trolls have not limited their activity to elections, having reportedly attempted to disrupt US energy markets as well by exploiting “tension points”, such as DAPL. In a bid to build on the alliance “hastily built” after the Skripal poisoning, the UK will call for a comprehensive strategy against Russian disinformation at several international summits this year. The Guardian analyses the appeal of click-driven RT, whose “irreverence is very much part of their strategy”. A Russian military plane crashed off the coast of Syria, near a Russian air base, killing its crew of two pilots; no foul play is suspected. Kremlin spokesman Dmitry Peskov said that the Russian military spending numbers published this week were inaccurate, but that it is true that spending levels are dropping. He also rubbished RFE/RL’s claims that Russian asylum seekers in the US have increased 40% since last year.

President Vladimir Putin has demanded “strong-willed, no-compromise” soccer from the Russian team at the World Cup next month. Will Russia be the one to prevent a war in Syria between Israel and Iran?