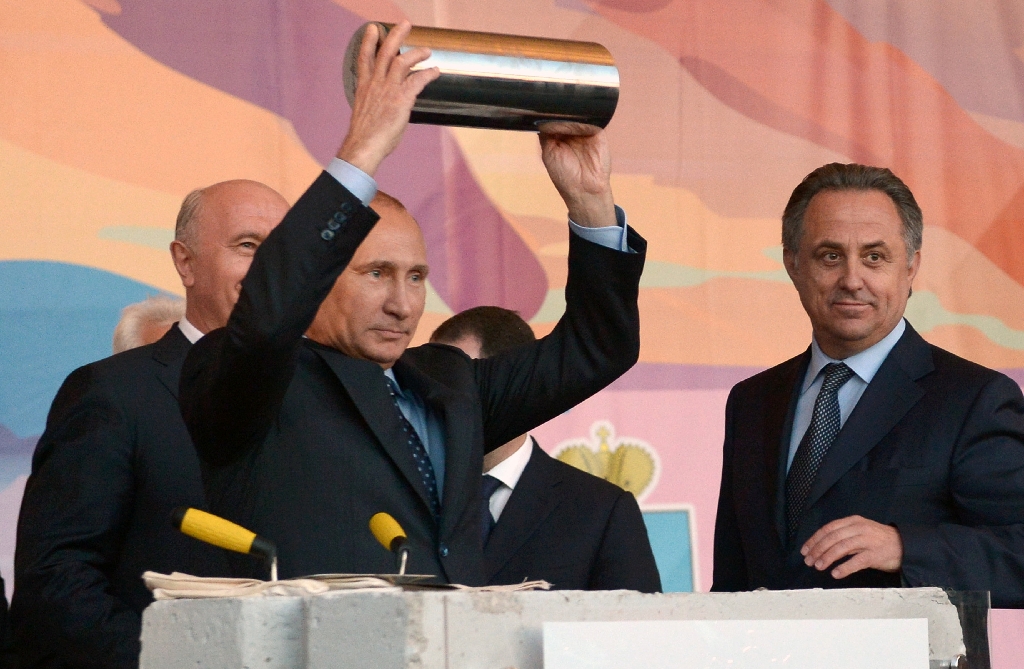 Following the most serious violation of the ceasefire since February, Kremlin spokesman Dmitry Peskov blamed renewed fighting in eastern Ukraine on ‘provocations’ by Ukrainian armed forces.  Peskov also weighed in on German Chancellor Angela Merkel’s use of the word ‘annexation’ to describe the reunification of Russia and Crimea. ‘We consider this definition wrong,’ he said.  Novaya Gazeta newspaper reports that Crimea is at risk of becoming a major money laundering hub due to the exodus of Ukrainian banks from the region following the annexation.  A new study by British think-tank Chatham House warns that NATO and the European Union could ‘collapse’ in the face of increasing Russian aggression, and calls for the West to increase its military strength.  Former finance minister Alexei Kudrin described Russia’s economic situation as a ‘full-blown crisis’, blaming capital flight and poor economic growth on the Ukraine crisis and ongoing low oil price, and arguing for the need to implement structural reforms. He also anticipates that the recession will last beyond the Kremlin’s forecast.

The FBI’s investigation of FIFA is to include scrutiny of how World Cup hosting rights were awarded to Russia, which denies wrongdoing; the Kremlin says it is continuing preparations for the 2018 World Cup and Sports Minister Vitaly Mutko says there is no threat of Russia losing its hosting rights.  A journalist who investigated the Internet Research Agency (widely referred to this week as a ‘Kremlin troll’) last year writes about the company’s shady reputation, including material from his interviews with Lyudmila Savchuk, a former Internet Research employee who is currently taking the company to court, following her undercover work there.  The U.S. has reportedly created a loophole in its anti-Russia sanctions in order to ensure the delivery of communications software to Crimea, in a bid to battle the Kremlin’s efforts to control information.  The Pentagon is seeking to reverse legislation passed last year that prevents it from buying Russian rocket engines.

The Chechen office of the Committee Against Torture human rights NGO, based in Grozny, was attacked and vandalised yesterday.  Peskov defended Vladimir Putin regarding the incident, saying that he does not think the President is even aware of what happened.  Ukraine agreed that it will pump enough gas into its storage facilities to maintain pressure in the system and thereby allow Russian gas safely to reach Europe over the winter.

PHOTO: Russia’s President Vladimir Putin (L) visits the construction site of a new football stadium, one of the future venues of the 2018 World Cup, in the Volga River city of Samara 868 km (539 miles) southeast of Moscow (AFP Photo/Alexei Nikolsky)