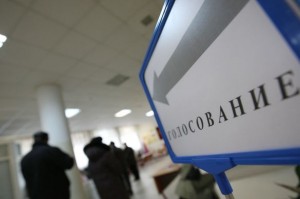 U.S. authorities have accused Kazakh-born Alexander Fishenko, along with 10 others, of stealing military technology for Russia.  The Foreign Ministry has refuted claims that Russian spy agencies may have been involved in the microelectronics smuggling network.  Foreign Minister Sergei Lavrov has landed in Islamabad in an apparent attempt to smooth over ties with Pakistan after Putin allegedly ‘snubbed‘ a summit with the country’s government earlier this week.  Lavrov, meanwhile, has skipped six-party talks on Iran.  The head of the Federal Security Service, Alexander Bortnikov, has told a security conference in Moscow that forest fires are the latest means of attack used against Europe by al-Qaida.  A failure to agree with the Kremlin on operations means that UNICEF, the United Nations children’s agency, may scale back its presence in Russia, if not exit altogether.

In a move apparently likely to benefit United Russia, President Putin has introduced a single voting day for regional and federal elections.  Solidarity member Anastasia Rybachenko has been put on a federal wanted list over her role in the May 6 March of a Million.  The Coalition of Kiosk Owners will submit a 165,000-signature petition to President Putin to re-consider introducing bans on sales of cigarettes and beer in the small vending booths, a move which would reduce their business considerably.

Russia’s largest steelmaker Evraz is set to overtake Mechel as the country’s largest producer of coking coal, through an $800 million cash and share deal which would see it acquire a majority stake in coal miner Raspadskaya.  Lithuania’s government will file a $1.9 billion claim in the International Court of Arbitration in Stockholm against Gazprom for overinflated gas prices.  Rosneft promotes its commitment to ecology.  Ken Rapoza wonders here how Russia’s economy would cope without oil and gas.