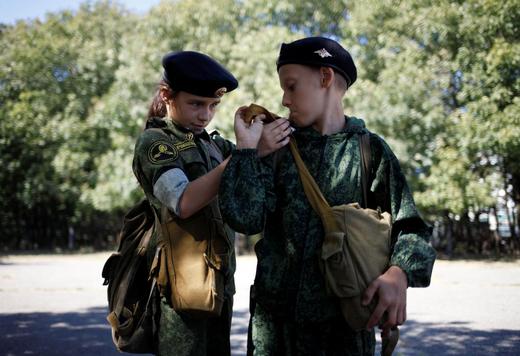 Human rights group Amnesty International will be allowed to return to its Moscow office, having been evicted earlier this week, following a meeting between President Vladimir Putin and Mikhail Fedotov, the head of the Kremlin’s human rights council; it is still unclear as to what prompted the eviction in the first place.  Amnesty has been critical of Russia’s human rights status for some time; the atmosphere for rights organisations, and Russian NGOs in particular, has become increasingly difficult in recent years, said one of their employees.  Ukraine is buying European gas now, and says it wouldn’t buy gas from Gazprom under the current terms of its contract no matter what the price; it is paying slightly more for European gas, but unless the terms change, it will continue to avoid Russian gas for the foreseeable future, said a Naftogaz spokesman.  Russia has resumed sales of advanced weapons technology to China (they have $8 billion in contracts), lifting an informal ban on selling such systems to China, which has been in place since 2004.  The Supreme Court has given some clarification regarding the topic of Internet extremism.

The Council of Europe contacted the Russian Justice Minister over rights activist Ildar Dadin’s claims that he had been beaten and tortured in prison.  The head of the penal colony where Dadin is an inmate has been suspended from his post temporarily while the claims are being investigated.  A spokesperson for the Federal Penitentiary Service reported that an examination of Dadin did not reveal any serious bodily injuries; he is now due to take a lie detector test.  Wikileaks founder Julian Assange will not reveal the identity of the organisation’s sources, but insists that the Kremlin is not one of them.  A new law will make inducement to doping (by coaches, trainers and sports medicine specialists) a criminal offence, punishable by imprisonment.

The entrance to the Russian Embassy in London was blocked yesterday with 800 fake limbs, to protest the killing of civilians in Syria’s Aleppo.  Having followed in the footsteps of fellow actor Gerard Depardieu with enthusiastic Russia trips and some pro-Chechnya marketing, Steven Seagal has been granted Russian citizenship.

PHOTO: Fifth-grade students of the General Yermolov Cadet School get prepared before their first military tactical exercise on the ground, which includes radiation resistance classes, forest survival studies and other activities, in Stavropol, Russia. (REUTERS/Eduard Korniyenko)