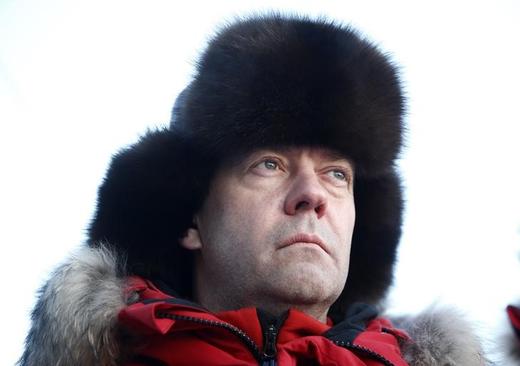 A 22-year-old Russian citizen, Akbarzhon Jalilov, born in Kyrgyzstan, has been named as the suspected suicide bomber responsible for the deadly attack on the St Petersburg metro train on Sunday. No link has as yet been found to religious extremism. Ilya Nikitin, the man featured in many a blurry photograph yesterday, has been cleared of suspected connection to the bombing. The attack has triggered domestic political arguments, notes the FT; former Kremlin spin-doctor Stanislav Belkovsky says the government “will use the metro blast to tighten the screws”. Foreign Minister Sergei Lavrov thus far has said the blast shows the importance of “stepping up joint efforts” to combat terrorism; Lavrov also dismissed speculation that the bombing was revenge for Russia’s actions in Syria, stating that it would be “cynical and mean” to say so. Recent reports that Russia’s recession are over are based on a change in how the state statistic agency, Rosstat, calculates GDP, rather than on an actual change in the economy, alleges the Moscow Times.

Prime Minister Dmitry Medvedev blamed recent protests on “people who pursue specific political ends”, and alleged that the video in which Alexei Navalny’s Anti-Corruption Foundation accused him of mass-scale fraud “is made for big money […] given by private sponsors”. He also dismissed the allegations as “nonsense” and “dishonest”. This is Medvedev’s first response on the video, which was released over a month ago. The latest high-level official to be arrested in relation to corruption charges is governor Alexander Soloviev of the Udmurtia region, who is suspected of having taken a $2.5 million bribe. The Justice Ministry has added the Jehovah’s Witnesses Russian headquarters to a list of bodies banned “in connection with the carrying out of extremist activities”. Russia has banned an image depicting President Vladimir Putin in drag makeup, under the category of “extremist materials”, because the image hints that Putin is of “nonstandard sexual orientation”.

Under a new law signed by Putin, Russians who are affected by Western sanctions will be exempt from paying Russian taxes if they are registered as taxpayers abroad. Rosneft is hoping to benefit from the European court rulings that are allowing some Iranian banks to get around EU sanctions.

The Investigative Committee is looking into the accidental death of Senator Vadim Tyulpanov in St Petersburg, who slipped and fell down the steps of a fitness centre.