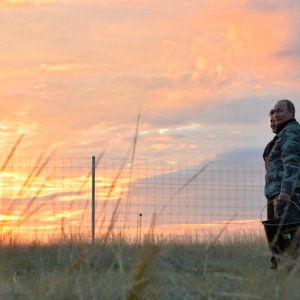 A new report from Alexei Navalny’s Anti-Corruption Foundation alleges that a restauranteur with close ties to Vladimir Putin organised price-fixing cartels that have allowed him to gain illegal profits from state contracts. Evgeny Prigozhin (who was accused last year of funding an online network pro-Kremlin trolls) is also alleged in the report to have amassed his billionaire status through his ties to the President.  The international branch of the human rights group Memorial is the latest to be designated a ‘foreign agent’ by the Justice Ministry; Memorial called the move illegal and intends to appeal.  Masha Gessen reports on the history of the Levada Center, which has also now fallen under the ‘foreign agent’ shadow.  A member of the Moldovan parliament accused Russia of meddling in Moldovan politics ahead of their presidential elections.  Many participants at the Rhodes Forum, a gathering of 300 high profile business and political figures in Greece (which the FT compares to ‘a mini-Davos’) including former Russian Railways head Vladimir Yakunin, believe that the world’s current problems can be blamed on US and EU policies. ‘By coincidence or not, that fits neatly with the Kremlin narrative.’

Kremlin spokesman Dmitry Peskov says that normalisation of relations with the US does not appear to be on the cards, and that the ‘unfriendly steps’ by the US which led to the breaking of their nuclear stockpile agreement are likely to continue, but that Russia has no current plans to suspend further agreements with the US.  RFE/RL has some background info on the deal and why it was initially made.  It’s not difficult to interpret Russia’s move, says the Moscow Times of the nuclear agreement break. ‘It just reads “Screw you.”’  On reading the list of conditions that Russia had called for in exchange for keeping the disarmament program in place, this seems an apt description. Meanwhile firms from Kazakhstan have signed deals with Russia on uranium-enrichment services.  Despite Russia’s ‘regret’ over the US’ decision to suspend bilateral relations in Syria, the Russian and US military will stay in contact there to avoid ‘dangerous incidents’, Peskov said. (Ironic for many reasons, for example allegations of Russia’s use of barrel bombs and chlorine gas there.) Russia confirmed that it has sent a new missile system to its base at the Syrian port of Tartus.

Russia’s long-term economic prospects remain bleak despite recent short-term improvements which are mostly due to oil prices; the International Monetary Fund says ‘long-standing structural bottlenecks’ are keeping the long view subdued.  Putin remains impressed by the work of the Central Bank.  Tennis star Maria Sharapova has had her ban reduced by nine months, allowing her to return to competition in April of next year.  Her lawyer says the decision proves that the initial ban was based on ‘Pure Fiction’.  Apple launched its Apple Pay software in Russia yesterday.