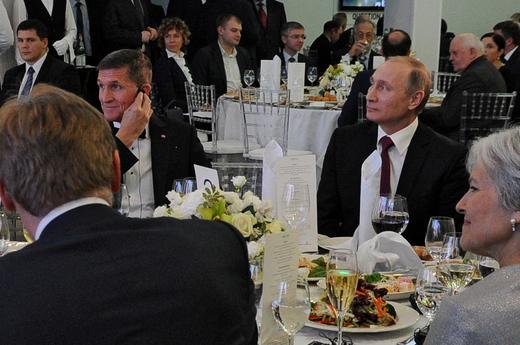 TODAY: IOC bans Russia from Winter Olympics, though some athletes will be able to complete without flag or anthem, Foreign Ministry puts on brave face; 9 US news outlets listed as “foreign agents” under new law; RDIF to invest in Yandex ride-sharing; Defence Ministry accidentally releases number of servicemen deaths.

Russia’s Olympic Committee has been banned from this winter’s Olympics in Pyeongchang and ordered to pay $15 million in costs, and the International Olympic Committee also banned former Minister of Sport Vitaly Mutko and his then deputy from any participation in all future Olympic Games. Some Russian athletes will be invited to compete, but just will not be allowed to fly their flag or play the national anthem. The New York Times argues that Russia actually got off lightly for its actions, especially given that it hosted the last Games at which it was systematically doping, and given that Russian athletes will still be able to compete under certain drug screening conditions. Russia still plans to appeal the decision, and state television channel VGTRK says it will not broadcast the Games if Russia’s national team does not take part. RFE/RL spoke to Muscovites about the decision, many of whom called it discriminatory. The Foreign Ministry says it will survive the ordeal. “We can never be knocked down. Not by a world war, not by the collapse of the Soviet Union, not by sanctions. We take it and we survive.” The city police report on the death of former Russian press minister Mikhail Lesin in a Washington hotel in 2015 leaves many questions unanswered.

Russia designated Radio Free Europe/Radio Liberty and Voice of America as “foreign agents” yesterday, together with 7 other US news sources, in what the Kremlin is calling a retaliatory move for similar actions against state-backed Russian media in the US. Other outlets included on the new registry include Current Time TV and local news services of RFE/RL in Siberia, the Caucasus, and Crimea (CNN is not one of the listed channels). Russia is ready to “exert our influence on North Korea” through open communication channels. Oligarchs and wealthy Russians facing sanctions are apparently pushing for a special teaser bond that would provide favourable terms in exchange for bringing their cash home.

Russia’s Direct Investment Fund (RDIF) plans to invest in Yandex’s ride-sharing unit as part of a bid to help it expand abroad. Finland says it thinks a Russian war plane violated its airspace yesterday in a corridor that has experienced several Russian violations already. Despite no longer reporting military fatalities, the Defence Ministry revealed via an insurance procurement that 2,642 Russian servicemen have died since 2012. Russia has banned a charity calendar featuring naked pictures of a rowing team at Warwick University calling it “gay propaganda”.