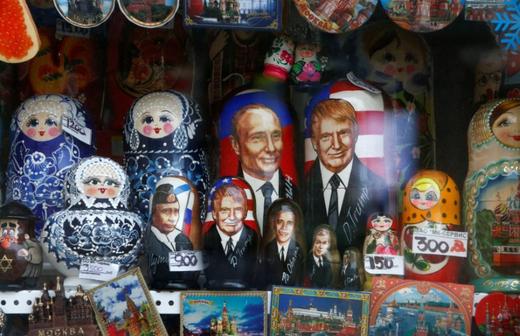 The European Union has given its final approval for the expansion of a Soviet-era nuclear power station in Hungary, using Russian technology and financing.  Reuters says the project will extend Russia’s influence over Hungary’s energy policy.  Energy Minister Alexander Novak says the Russian oil and gas sector ‘has managed not only to overcome the difficulties [posed by U.S. sanctions] but even to demonstrate positive dynamics’, and increased oil output by 400,000 barrels in the past two years.  He also said that Russia is now gradually reducing its production in line with the requirements of last year’s OPEC agreements.  A Central Bank governor says Russia is expecting to shut down dozens more banks over the next two years after extending its review of bank licenses, after hundreds were shut down in the past four years for fraud. Russia has appointed Sergei Ivanov Junior, the son of a former head of the Kremlin’s administration, as the CEO of state-controlled diamond miner Alrosa.  Steelmaker NLMK will be able to withstand anti-dumping duties from Europe and the U.S., and may seek further profits in Turkish and Asian markets.

President Vladimir Putin says environmental damage is currently costing 6% of GDP, and could be as much as 15%, taking into consequences for individual citizens.  Opposition leader and presidential hopeful Alexei Navalny faced obstacles setting up his campaign headquarters in Nizhny Novgorod, from protesters who accused him of being a traitor and a U.S. agent.  Igor Kalyapin, head of the NGO Committee Against Torture, says activist Ildar Dadin was only released from prison because of his persistence in speaking out about torture, and that torture by police and prison guards is not going to be eradicated until individual perpetrators are brought to trial.

French President Francois Hollande says Western authorities must be vigilant in responding to Russia’s attempts to influence public opinion with its conservative ideas, alleging that, although ‘the ideas are different from those that the Soviet Union used to spread, sometimes the approaches are the same’. Far right French presidential candidate Marine Le Pen says she does not believe that Russia is a threat to Europe.  Masha Gessen writes on the ongoing Trump-Russia scandal. ‘The backbone of the rapidly yet endlessly developing Trump-Putin story is leaks from intelligence agencies, and this is its most troublesome aspect. Virtually none of the information can be independently corroborated.’

PHOTO: Russian traditional Matryoshka wooden dolls with images of Russian President Vladimir Putin, U.S. President Donald Trump and his predecessors are on sale at a gift kiosk in a street in Moscow, Russia February 22, 2017. REUTERS/Sergei Karpukhin