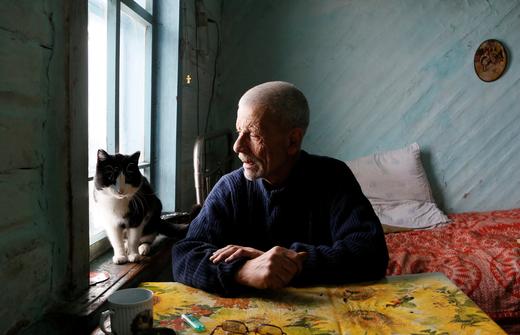 TODAY: Kremlin doctrine addresses perceived cyber threats; Lavrov blames European refugee crisis on reckless actions of unnamed countries; Russians make record number of asylum applications to US; RBC appeals to BP for help in the Rosneft damages case that will likely sink it; Bashneft management to be legally scrutinised; Kadyrov will not be questioned in Nemtsov murder case.

In its new information-security doctrine that addresses various cyber-threats and how it plans to deal with them, the Kremlin asserts that Russian journalists are often hampered in their duties abroad and that the moral values of Russian youth are being targeted by informational activity, and makes a call for the development of a national system to manage the Internet.  The doctrine also includes a plan to make Russia’s internet more autonomous by increasing domestic servers, thus allowing it to be switched off from the rest of the world in a time of war.  Foreign Minister Sergei Lavrov blamed Europe’s refugee crisis on recklessness, criticising nameless countries who ‘intrude into others’ affairs, mess up things and just go, leaving it to all other countries to do the cleanup work’.  Brian Whitmore discusses the question of Europe as a problematic entity for Russia due to its presentation of ‘a transparent and democratic model of governance close to Russia’s borders that directly challenges the authoritarian kleptocracy in the Kremlin‘.  Russian applications for US asylum are at their highest level in over 20 years.  The economy is due to return to growth in the first quarter of next year, according to the Central Bank.

RBC, Russia’s largest independent media company, is facing a potentially bankrupting damages claim (the largest in Russian history) for an article claiming that Rosneft head Igor Sechin attempted to manipulate the privatisation of the company’s shares; RBC is accusing minority owner BP of ‘complicity’ with the case for refusing to break its silence on the lawsuit.  A Kremlin official says he has major questions about the effectiveness of the previous management of Bashneft, and that they will be legally assessed in the near future.  Russia’s tough conditions for rejoining the Parliamentary Assembly of the Council of Europe (PACE) include a demand for its vote to be reinstated.

A 46-year-old shopkeeper from Sochi is serving a 7-year prison sentence for high treason for sending two text messages.  The Moscow court hearing the case of Boris Nemtsov’s murder has rejected a request to summon Chechen leader Ramzan Kadyrov for questioning.

PHOTO: Mikhail Baburin, 66, talks to his cat Marquis at his house in the remote Siberian village of Mikhailovka, Krasnoyarsk region, Russia, December 06, 2016.