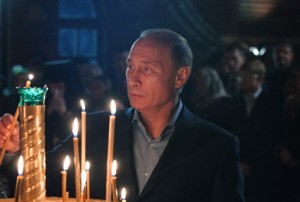 Police detained several people in St. Petersburg yesterday for participating in ‘a massive snowball fight’; video posted online showed police lecturing participants ‘on their civil and family duty not to participate’.  A senior U.S. treasury official has warned Russian banks against dealing with blacklisted Syrian financial institutions, saying that it believes the unnamed banks still working with the Commercial Bank of Syria and the central bank are in ‘a particularly vulnerable posture’.  The U.S.-Russian adoptions case studies are continuing to come in. The Washington Post profiles the story of Joelle Ziemian, who adopted one of the last children from Russia before the ban came into effect; RIA Novosti reports on two American parents facing trial over alleged abuse of their Russian adoptee.

OpenDemocracy examines all the possibilities for Russia’s imminent economic growth, but concludes that without strong oil prices, GDP will remain low.  Forbes, on the other hand, takes a more optimistic view, anticipating a 3-4% growth rate in the coming years thanks to currency reserves.  On the Skolkovo Project’s venture capital-friendly environment, and its hopes for thwarting capital outflows and brain drains.  Moscow’s planned ‘speakers’ corner’ style speaking platforms will have to wait, as the deadline is pushed back, supposedly due to problems with ‘legal documents’, as skeptics argue that planners may be having second thoughts about creating a platform for free speech.

Gerard Depardieu has apparently been offered a post as culture minister in Siberia, ‘if [he] desires it’.  Is there a British-Russian visa row brewing?