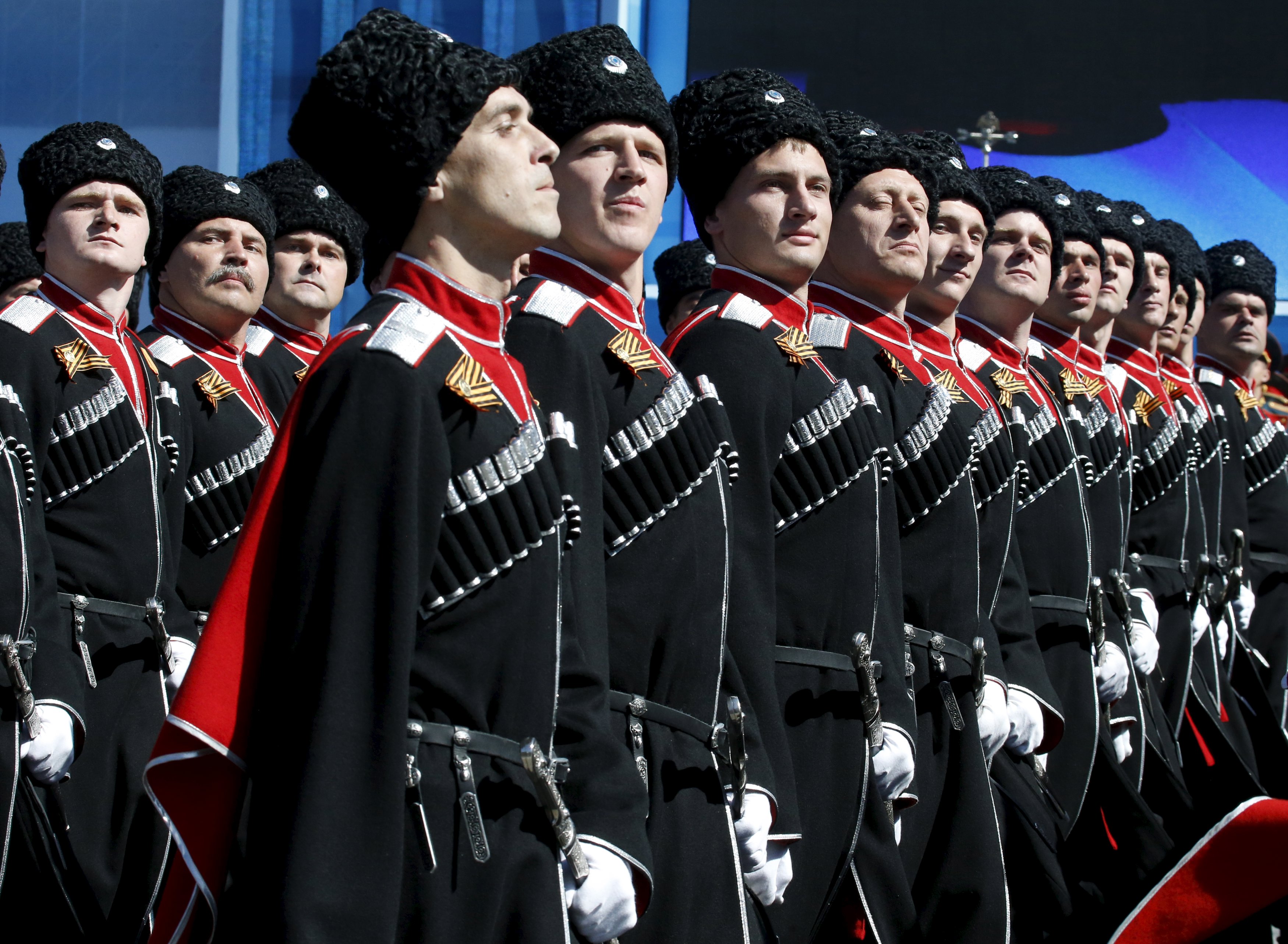 Tomorrow’s parade in celebration of the 70th anniversary of Victory Day – the holiday seen by President Vladimir Putin Russia’s most important – will be the biggest yet.  The director of the Levada Center says Victory Day is ‘the only opportunity for the nation to assert itself.’  Over 2,000 inmates have thus far been released as part of an amnesty to mark the occasion.  The celebrations ‘speak volumes about today’s geopolitics’, says The Economist, with Chinese President Xi Jinping attending as Putin’s guest of honour.  During the visit, the pair will sign an agreement to help Moscow attract more Chinese loans for Russian companies. ‘A friend in need is a friend indeed,’ comments the FT, arguing that China and Russia ‘remain deeply suspicious of each other’ despite their leaders’ camaraderie.  The BBC has posted footage of alleged ballot rigging filmed by monitor Stanislav Pozdnyakov at a municipal election in Balashikha, just before he was beaten by anonymous assailants.  The European Commission’s head of digital economy says Russian spies regularly listen in on negotiations related to gas supplies to Ukraine.

Putin says Russia will provide economic assistance to Greece if Athens signs up for a project that would increase supplies of Russian gas to Europe.  Gazprom is to build a ‘Turkish Stream’ pipeline across the Black Sea.  Armenia is to affiliate itself with the Eurasian Economic Union for trade purposes, instead of the European Union, after the President took what he called a ‘pragmatic decision’ based on Armenia’s export market.  According to Moscow’s Public Opinion Foundation, 82% of Russians are in favour of state censorship of literature, film, and art.

A monument to the ‘polite people’ behind the annexation of Crimea has been unveiled in the Far Eastern city of Belogorsk.  Russia’s unmanned supply ship burned as it re-entered Earth’s atmosphere over the Pacific Ocean this morning.

PHOTO: Russian Cossacks take part in a rehearsal for the Victory Day parade in Red Square in central Moscow, Russia, May 7, 2015. Russia will celebrate the 70th anniversary of the victory over Nazi Germany in World War Two on May 9. REUTERS/Grigory Dukor