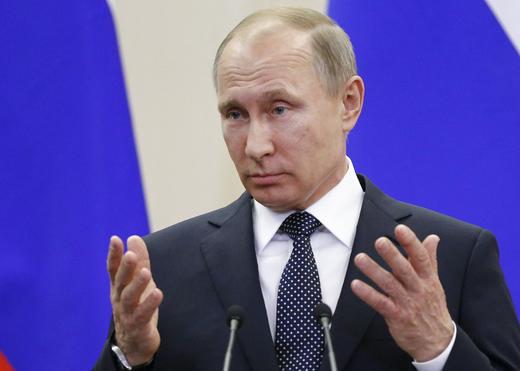 In “a blow to President Vladimir Putin”, Emmanuel Macron has won the French Presidential elections, beating Russia favourite and Far Right candidate Marine Le Pen. It is being claimed that a huge leak of Macron’s emails, published online an hour before the deadline for the start of the French presidential campaign blackout and “clearly aimed at disturbing the current electoral process”, was orchestrated by Fancy Bear, the same Russian group thought to have been behind the Democratic National Committee leak. The Independent reports that code within the cache of documents was written partly in Russian. Yesterday was the fifth anniversary of the commencement of Vladimir Putin’s third presidential term. Russians are unsure of who they would vote for if Putin decides not to run for a fourth term, although of course there are currently “actually no alternatives”. A rally of about 1,000 people (says Sputnik; RFE/RL reported “thousands”) marked this anniversary, which is also the fifth anniversary of the Bolotnaya Square protests, when 400 were detained and many were given prison sentences. The New York Times says the weekend’s gathering was an attempt to revive the protest movement that was snuffed out by the Bolotnaya crackdown in 2012. At least seven protesters were detained, and two of them were held overnight.

The Russia-led ceasefire effort under which “de-escalation zones” were created in Syria apparently saw an ease in fighting between rebel and government forces. Moscow will fight the European Bank of Reconstruction and Development’s freeze on new lending to Russia, in place since 2014 as part of sanctions. OPEC wants the crude production cut currently in place (which includes Russia) extended beyond June. Foreign Minister Sergei Lavrov’s plane briefly violated Estonian airspace, according to its military (the Foreign Ministry denies any intrusion). Russia blocked access to the Chinese social media app WeChat for failing to divulge contact details to Roscomnadzor. Gazprom announced yesterday that it has begun construction on the TurkStream gas pipeline that runs underneath the Black Sea. Russia’s renewable energy is a tiny 3.6% of its total energy consumption, “a black spot in a global surge in the use of green technology”; the International Renewable Energy Association estimates Russia’s potential for renewables to reach 11.3% by 2030, but the official forecast is just 5%.

Opposition leader Alexei Navalny has reportedly defied officials and flown to Barcelona for treatment of his injured eye. Vladimir Putin says he will raise the issue of Chechnya’s persecution of gay men with state law enforcement agencies. Putin’s Hollywood bromance partner Steven Seagal has been banned from Ukraine on grounds that he has committed “socially dangerous actions”.