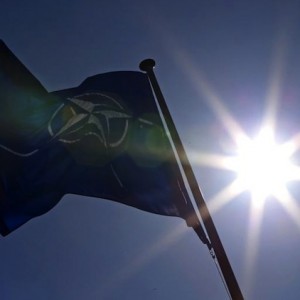 Today world leaders meet at NATO’s biennial summit, the Warsaw Summit Experts’ Forum – NATO in Defense of Peace: 2016 and Beyond.  NATO Secretary General Jens Stoltenberg has made it clear in advance of the meeting that ‘NATO does not seek confrontation, we don’t want a new Cold War […] We will continue to seek constructive and meaningful dialogue with Russia.’  The Moscow Times offers a useful overview of the key issues to arise.  Whilst German Chancellor Angela Merkel has said Russia has ‘deeply unsettled‘ countries in eastern Europe, she also asserted that NATO has an ‘outstretched hand’ for dialogue with the Kremlin, whose partnership she believes is needed to secure long-term security.  The UK reportedly intends to deploy hundreds of troops to the Baltic states to deter any Russian aggression.  NATO needs to recognize that Russia is not really the problem, argues Leonid Bershidsky on Bloomberg.  Georgia hopes for assurances from NATO that it will soon be invited to join; if not, this article suggests, there is the possibility of a drift back towards Russia.  Montenegro has been invited, and Moscow is discontented with the refusal of the Montenegrin authorities’ to hold a referendum on the country’s accession.

President Putin has signed into law a package of controversial anti-terror laws, which include expanding the government’s powers of surveillance and increasing the number of crimes with which children between the ages of 14 and 17 can be charged.  Opposition deputy Dmitry Gudkov tweeted that Putin’s ratification of the law had borne ‘a wonderful new world with expensive Internet, prison for children, and global surveillance.’   Arktika, a charity in Siberia that works with teenagers suffering from domestic violence has been added to the list of foreign agents.  State-run television channel NTV has broadcast a video of an FSB guard attacking a U.S. diplomat in a physical altercation outside the U.S. Embassy in Moscow, pinning the blame on the American.

News that Kiev city authorities have decided to rename Moscow Avenue the Prospect of Stepan Bandera, after Ukraine’s nationalist leader, have not gone down well among Russian deputies.  Could a sudden drop in much needed oil supplies to Minsk be a timely reminder to Belarusian President Alexander Lukashenko that he ‘will pay a heavy price if he wants to turn his back on his old friends in Moscow’?  Mikhail Prokhorov’s RBC media group has named two editors from the state-run Tass news service to head its newsroom.