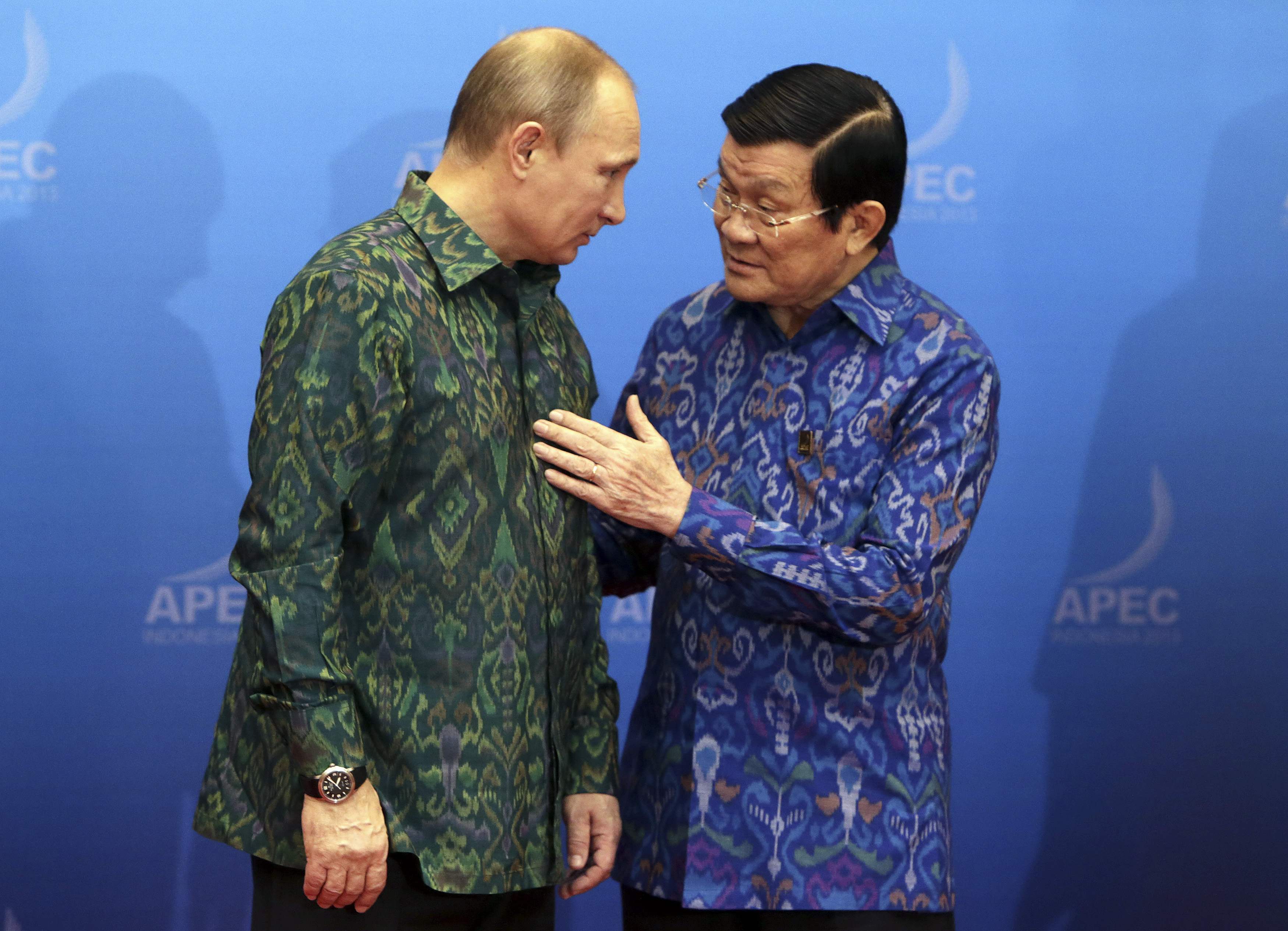 During his birthday visit to  the APEC conference in Indonesia yesterday, President Vladimir Putin vowed to open up Russian exports of liquefied natural gas in order to meet growing demand from Asia-Pacific markets; he also urged Pacific Rim investors to join large Russian infrastructure projects such as the Trans-Siberian Railway.  He spoke up in support of U.S. President Barack Obama’s decision to forego the summit.  Sakhalin Energy is pushing for higher prices in its contract with Korea Gas Corp, which comes up for renewal next year.  A new investment model, coming into force this January, will open up Russia’s oil and gas markets to foreigners for the first time.  Russia’s row with Lithuania escalated yesterday with the former halting dairy imports from its rival – without the Lithuanian government’s knowledge –  just a week before Lithuania’s planned hosting of an E.U. summit.

Further details of Russia’s surveillance plans for the Sochi Olympics next year have been revealed – the FSB will be able to ‘intercept, read, and even filter every single digital communication passing through the city’s telephone and Internet networks during the Games’.  Plans are also in place for new technology across the country that will enable the identification of citizens who use certain keywords: ‘For example, you can use the keyword Navalny and work out which people in a particular region are using the word Navalny’.  When the Olympic flame was blown out on its way to Moscow on Sunday, it was apparently re-lit ‘on the sly’ with a security guard’s cigarette lighter.  Vladimir Putin’s appointment of Vladislav Surkov shortly after the latter’s 49th birthday made the new job ‘seem like a gift that Putin chose to bestow upon one of his key associates.’

A memorial plaque was unveiled yesterday in Moscow to commemorate the life and work of journalist Anna Politkovskaya; yesterday was the seventh anniversary of her murder.  The head of Greenpeace says that the 28 activists and two journalists currently detained in Russia are being kept in solitary confinement for 23 hours a day, and expressed concern for their health.  The organisation is to file a case with the European Court of Human Rights over the ‘inhumane’ conditions.