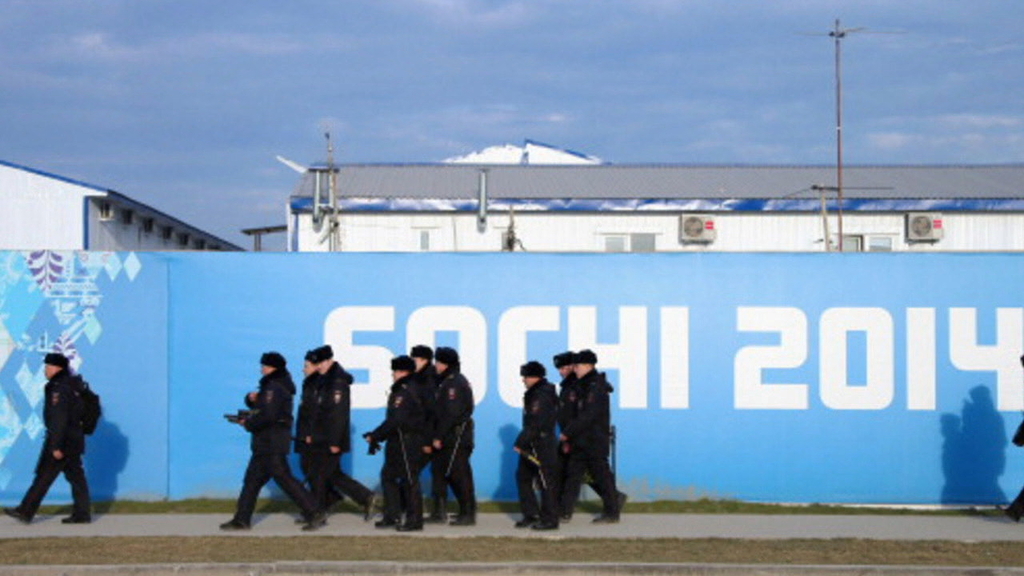 As part of heightened security measures implemented in Sochi in the run-up to the Olympics, the aviation watchdog has banned carry-on liquids on flights at all of Russia’s airports due to ongoing threats of terrorist attacks;  the Sheremetyevo and Vnukovo international airports have already implemented the ban.  The ruble is strengthening in the run-up to the Games.  Popular actor Ivan Okhlobystin, who has already gained infamy for his suggestion that all gay people be burned in ovens, has written an open letter to President Vladimir Putin asking him to make homosexuality illegal.  Orthodox Church head Patriarch Kirill attempted to ‘cheer up’ inmates in pretrial detention with stories about the life of Nelson Mandela.  Russia’s online community is outraged by the Church’s newly-released, adulatory Stalin calendar.  Four environmental officials stand accused of poaching in Siberia.  Why did news sources airbrush out the sight of Kremlin official Nikolai Fedotov’s jet in recent photos?

Russia has blocked the U.N. Security Council’s latest statement, objecting to an expression of outrage at daily airstrikes by the Syrian government in Aleppo.  Vanity Fair talks to journalist Masha Gessen about the intimate knowledge of Pussy Riot she gained whilst working on her recent book about the group.  British and Russian analysts make their predictions for Russia in 2014.  The Moscow Times has a Top 5 list of Russia’s most bizarre news stories from last year.

The Guardian has an obituary for poet Regina Derieva, who has died aged 64.

PHOTO: Russia has launched one of the biggest security operations in Olympic history,weeks before the start of the Winter Games in Sochi. (TouchVision)