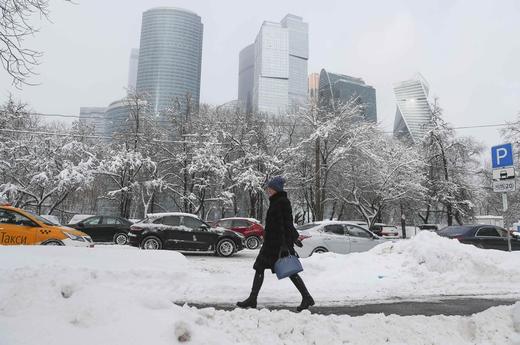 Anticorruption opposition campaigner Alexei Navalny has published a new exposé alleging close ties between the Kremlin and billionaire metals mogul Oleg Deripaska, following some hunting on Instagram which uncovered pictures of Deripaska on a yacht with Deputy Prime Minister Sergei Prikhodko. Navalny is claiming that Deripaska acted as a messenger between former Trump campaign chief Paul Manafort and the Kremlin. A spokesman for Deripaska called Navalny’s report “scandalous and mendacious assumptions are driven by sensationalism”. Navalny also drew attention to next month’s presidential election ballot, which features President Vladimir Putin’s box right in the center, albeit in alphabetical order. The elections committee chief, Ella Pamfilova, said that the ballot had been made in accordance with the law. Eight candidates have now been officially confirmed to run next month. Tens of thousands attended a mourning ceremony for the pilot killed in a clash with Syrian rebels, and he was posthumously awarded the Hero of Russia medal, the nation’s highest honour. Will the Syrian war ever end?

All 45 of the Russian athletes who applied for last-ditch permission to compete in this year’s Winter Olympics have been rejected; 168 Russians have been approved to compete in neutral uniforms. The Court of Arbitration for Sport described the decision to reject the appeals as unfair. The Moscow Times explains the circumstances surrounding the initial bans and the circumstances that allowed for appeals. This piece tries to guess at why the heads of all three of Russia’s intelligence services visited the White House last month. Alexander Khoroshavin, the former Governor of Sakhalin, has been found guilty of taking bribes and sentenced to 13 years in prison. He will also have to pay an $8.6 million fine, and will be barred from official posts for 5 years. A Portuguese national intelligence officer has been sentenced to 7 years in prison for spying on Russia.

The Central Bank’s unexpected interest rate cut decisions last year are leaving analysts guessing as to what is next.

PHOTO: A woman walks along a street after a heavy snowfall, near the Moscow International Business Center, February 05, 2018. (Reuters \ MAXIM SHEMETOV)