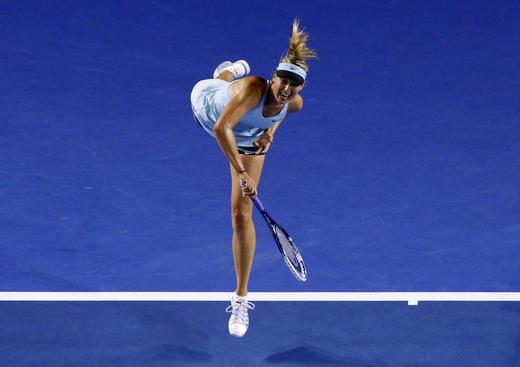 During a meeting with his Belarusian counterpart, President Vladimir Putin called for an increase of agricultural products to be imported from Belarus. (He also complained to Alexander Lukashenko about how tired he is.) The Defence Ministry says it has presented a proposal to the US for a mechanism that would prevent incidents and confrontations in the Baltic Sea and airspace.  Estonia says a Russian military plane violated its airspace in the Gulf of Finland this week, but Russia denies it.  Russia tennis champion Maria Sharapova has been banned from tennis for two years by the International Tennis Federation for failing a drugs test, although it said it could not prove she had used banned drugs intentionally.  Sports Minister Vitaly Mutko wants all retested Olympic doping samples from 2008 and 2012 to be thrown out, alleging flaws in the reanalysis process; Kremlin spokesman Dmitry Peskov says Russia will treat all unfounded doping allegations as slander – Reuters says he is talking about ‘genuine doping cases which have already been proven’.

Performance artist Pyotr Pavlensky has been set free, after being ordered to pay fines for damaging the FSB headquarters.  Pavlensky’s performance of burning down the building’s doors, and the ensuing court battle, have forced Russia’s regime to make a mockery of itself, says Bloomberg, particularly because he counter-petitioned the court for the FSB to be fined for replacing its own doors illegally.  The Russian Supreme Court has ruled that the arrest of anti-Kremlin protester Leonid Kovyazin at the Bolotnaya Square protest in 2012 was unlawful.  The Kremlin is using public feeling about the badly-behaved children of the Russian elite to try and boost its own image, with Moscow Police Chief Anatoly Yakunin referring to ‘outrageous behaviour of our golden youth’.  The corruption allegations against the current mayor of Vladivostok are not out of the ordinary: ‘For more than two decades, not a single Vladivostok mayor has avoided a run-in with the law for misusing their position.’  A film about the case of Sergei Magnitsky, controversial due to various attempts by family members to postpone its screening, arguing that it is an attempt to discredit the truth of the former lawyer’s death, will be shown at a museum in Washington.

The consortium for the Nord Stream 2 gas pipeline has issued its first tender for an $11 billion project that would double supplies of Russian gas into Western Europe, and is open to working with more than one contractor.

PHOTO: Maria Sharapova of Russia hits a return to Bethanie Mattek-Sands of the United States during their women’s singles match at the Australian Open 2014 tennis tournament in Melbourne January 14, 2014. (REUTERS/SERGEI KARPUKHIN)