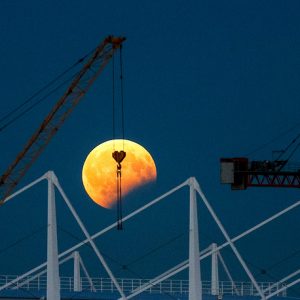 TODAY: Court overturns deportation order for journalist; Udaltsov returns to the fray after serving out Bolotnaya sentence; Navalny backtracks after shocking US media with ‘joke’ comment about risks of opposition activity; Putin visits Abkhazia to highlight support for breakaway region as 2008 war with Georgia is remembered; trial of Alexei Ulyukayev – a message to the elite; Kremlin shrugs off White House storms.

Following a high-profile campaign among human right defenders against the decision, a Moscow City Court has reversed its plans to deport openly gay Novaya Gazeta journalist Khudoberdi Nurmatov to Uzbekistan. Left Front leader Sergei Udaltsov has been released from jail, having completed his four-and-a-half year prison sentence for organising anti-Kremlin protests in 2012; according to his wife, he is ‘full of optimism and positive emotions’. Following an interview with US television channel CBS in which he said there was a 50% chance the authorities would kill him for his political activities, opposition leader Alexei Navalny has hastened to clarify to Ekho Moskvy radio that he made the comment in jest. A psychiatrist in Briansk has exposed via video tape the harsh conditions in which residents of the Trubchevsk Psycho-Neurological Institution live; the authorities have opened a criminal case, but are apparently mostly concerned with finding out who recorded the videos. Valery Fyodorov, the head of Kremlin-linked polling agency VTsIOM says that recent polls indicate that citizens are increasingly worried about their future and hope, not for the assurance of stability, but rather for change.

President Putin has made a visit to the breakaway region of Abkhazia to underscore the Kremlin’s support for its separatist ambitions and vaunted the importance of having ‘entirely special relations’ with the territory, whose independence from Georgia is recognised by scant few countries. Abkhazian President Raul Khadzhimba informed the press that Moscow’s financial support ($41.832 million this year) sustains the region’s economy. A number of Georgians, meanwhile, marking the nine-year anniversary of the start of hostilities over the breakaway region of South Ossetia, organised a small demonstration on one of the region’s highways to protest the continued presence of Russian troops there. The court case of former Economic Development Minister Alexei Ulyukayev, the first serving minister to be arrested since the collapse of the Soviet Union, is underway: the reasons for his arrest, which shocked the business and political community, are analysed here. The head of Russian state oil company Rosneft, Igor Sechin, will appear as a witness.

Reuters examines the innovative ways in which oil company Tatfneft has responded to profit decline as a result of the global deal to cut crude output. ‘The dog barks, and the caravan moves on’, comments one resigned insider when asked how the Kremlin now views White House dramas: ‘nobody pays any attention any more, or expects any improvements’.

PHOTO: A view of the partial lunar eclipse over Russia’s Kaliningrad Stadium under construction ahead of the 2018 FIFA World Cup (Vitaly Nevar/TASS).