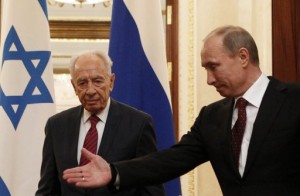 Their numbers have declined, but extra-parliamentary opposition has grown in influence since last year, suggests a new study.  Newly-appointed Defence Minister Sergei Shoigu has ‘inherited a military at a crossroads’, with analysts uncertain as to whether or not he will follow his predecessor, Anatoly Serdyukov, in trimming down the military from its current size.  Shoigu’s previous post of Moscow governor has been filled by leading United Russia member Andrei Vorobyov.  Nikolai Petrov says that President Vladimir Putin’s dismissal of Serdyukov may be an attempt to restore his own popularity due to the implication that it was tied to corruption allegations.  Nonetheless, rumours persist that Serdyukov’s main error was to have offended Putin’s political family by having an affair with Viktor Zubkov’s daughter. ‘It’s the bathrobe and the slippers – it’s not corruption (that brought Serdyukov down).‘

Russians continue to challenge the validity of the U.S. presidential elections, lambasted by Duma lawmaker Ilya Kostunov for being ‘systematically unfair’: he claimed that Russia has systems to prevent voting fraud, whereas the U.S. does not; the head of the Russian Central Election Committee, Vladimir Churov, described the U.S. voting system as ‘among the worst in the world’; and a press conference held by the Organisation for Security and Cooperation in Europe also saw a Russian representative challenge its assessment of the election as free and fair.  This article attempts to explain the logic behind the Russian stance.  Underperforming shares are leading analysts to conclude that investors ‘have given up on [Russia]’.  Moscow’s new Jewish Museum and Tolerance Center, personally supported by Putin, projects ‘a power message to Jews whose ancestors fled or emigrated: Russia wants you back.’  Putin hosted his Israeli counterpart Shimon Peres yesterday to discuss Syria and bilateral ties, and the pair attended the opening together.