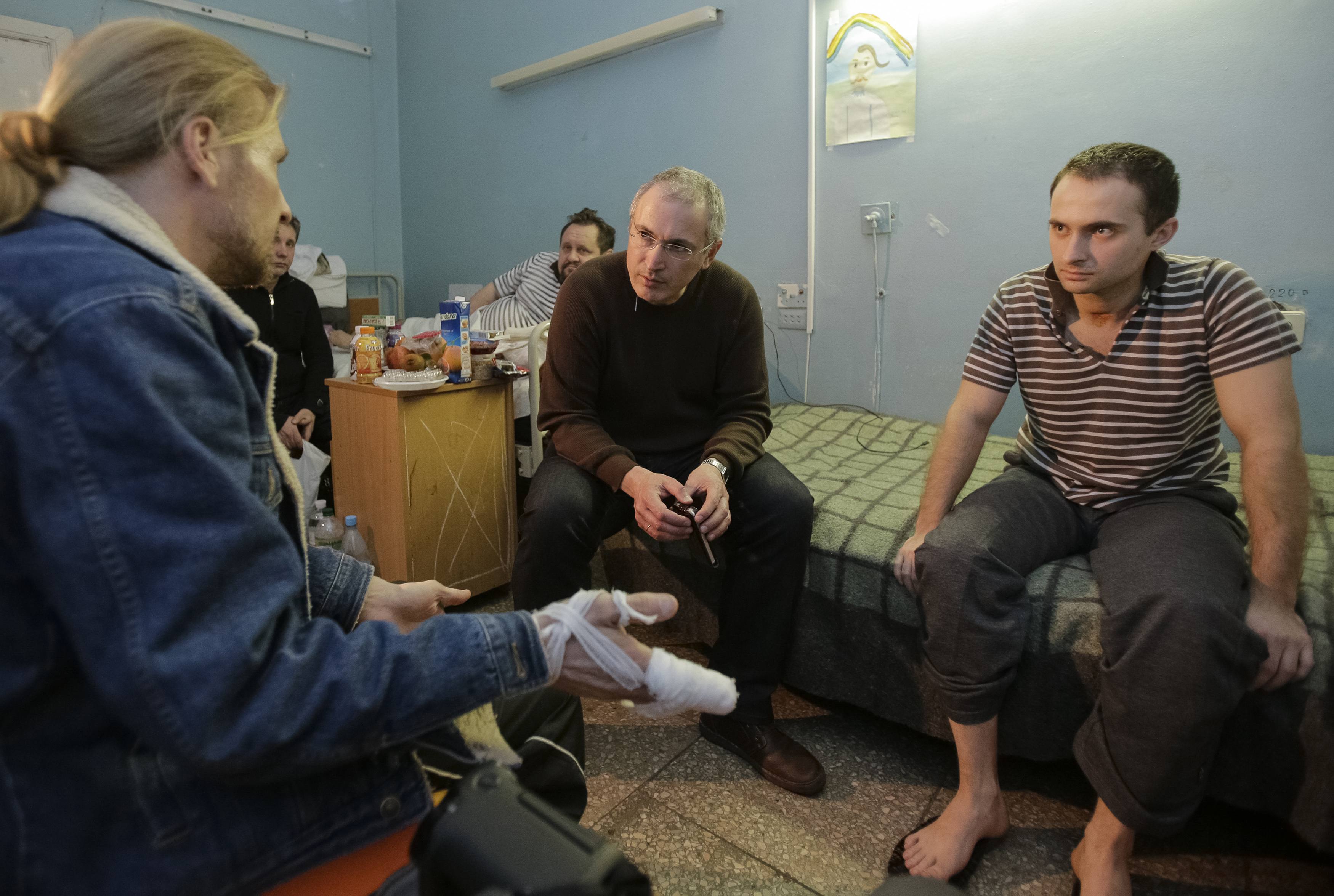 Western governments are pressuring Russia to find a peaceful solution to the Crimea crisis, with Britain warning of a ‘shooting conflict’ if Russian forces move beyond Crimea into eastern Ukraine.  During a telephone conversation last night, German Chancellor Angela Merkel reportedly told President Vladimir Putin that Moscow’s backing of a referendum in Crimea was illegal and in violation of Ukraine’s constitution.  Putin, however, insists that Crimea’s actions were legitimate and based on international law.  (Reuters has a useful timeline of recent events.)  Former prisoner and Yukos head Mikhail Khodorkovsky addressed crowds gathered at a protest in Kiev over the weekend, telling them that the Russian authorities were complicit in deadly government attacks by former President Viktor Yanukovych; he accused the Kremlin of lying in its portrayal of Ukrainian protesters. ‘Russian propaganda lies, as always. There are no fascists or Nazis here, no more than on the streets on Moscow or St Petersburg. These are wonderful people who stood up for their freedom.’  Foreign Minister Sergei Lavrov says the current Ukrainian crisis was ’created artificially for purely geopolitical reasons’.  Pro-Russian protesters attacked Ukrainians who gathered in Donetsk to celebrate the 200th anniversary of the birth of Ukrainian writer Taras Shevchenko, as pro-Kremlin youth groups helped organise weekend actions across Russia to show support for Ukraine.  Dominic Lawson analyses Russia’s justifications for its actions in Ukraine as ‘pure Soviet vintage’.

Alexander Lebedev has a piece on high-level corruption and the $100 billion allegedly stolen from Russia every year.  TNK-BP oligarchs Mikhail Fridman and German Khan are nearing completion of a $6.6 billion takeover of RWE’s Deal oil arm, which operates one of the largest gas fields in the North Sea, after an American-Kuwaiti bidding group dropped out.  The corruption case against Anatoly Serdyukov was ended on amnesty earlier this year, but has only just been announced.  Vladimir Putin has awarded his Paralympian medalists $1.4 million thus far.  Details of MegaFon’s January distribution deal with Apple have been released.

Gazprom head Alexei Miller said that Ukraine’s current gas debt to Russia ‘violates our contract’, sparking fears of another gas war.  Concerned that Russia could cut off Ukraine’s natural gas supply or follow through on its threat to hike prices by as much as 37%, Western officials in Europe and further West are investigating options for diversifying Ukraine’s energy supply away from reliance on Russia.

PHOTO: Former oligarch Mikhail Khodorkovsky speaks with wounded anti-government protesters at a hospital in Kiev March 9, 2014. Khodorkovsky, addressing thousands of people at the cradle of the uprising against Ukraine’s Moscow-backed leader, accused Russia on Sunday of being complicit in police violence against protesters. REUTERS/Tatyana Makeyeva