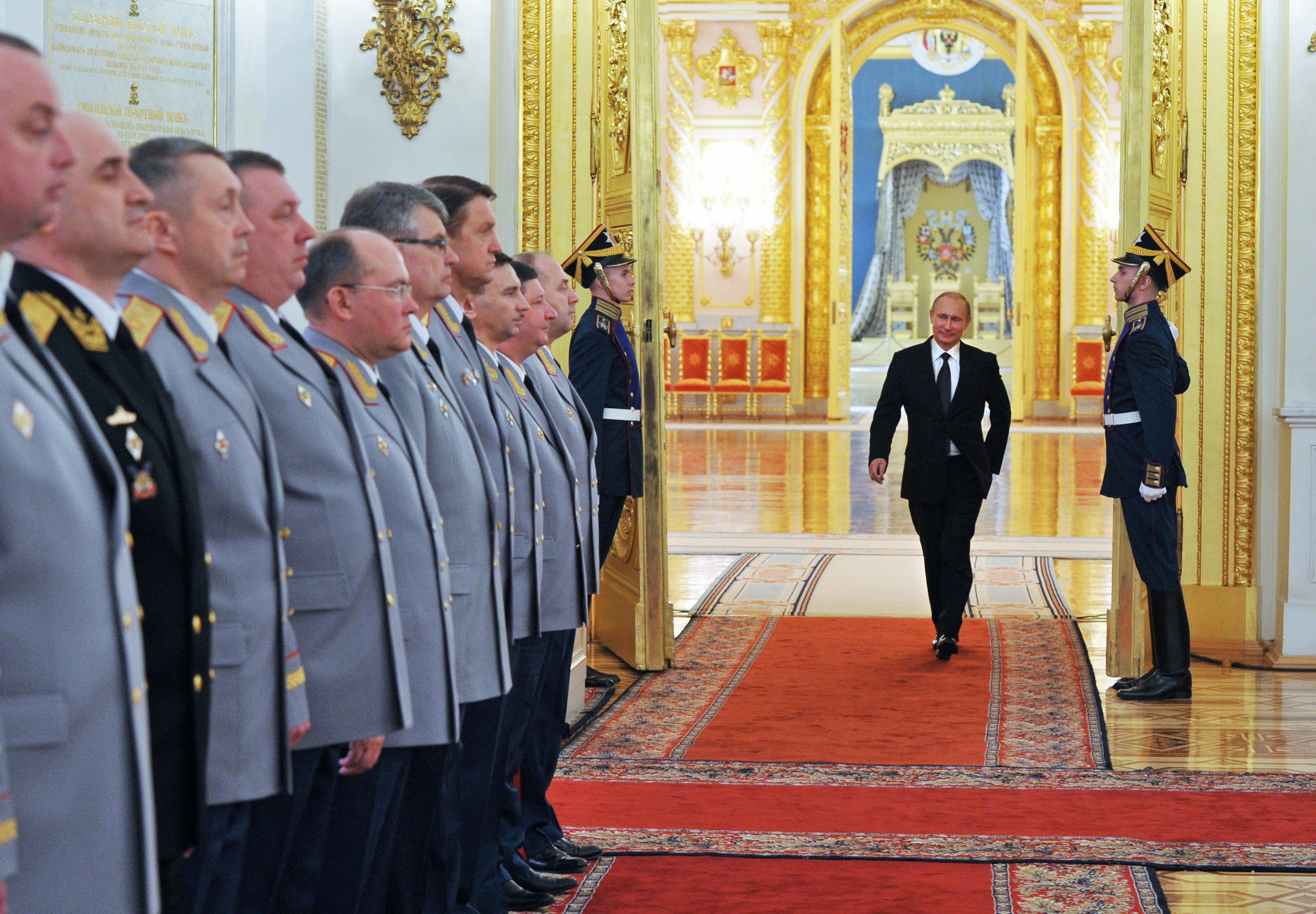 Under a new amnesty proposed by President Vladimir Putin, designed as a celebration gesture for the 70th anniversary of the end of World War II, 60,000 prisoners would be released.  Nato is capping the size of delegations from its ‘partner nations’ like Russia, supposedly following an assessment that spies had been part of Russia’s delegation.  In the wake of a military drill on the border, the Wall Street Journal thinks that Moldova is Russia’s next target.  Putin’s trade deal with Greece will drive a wedge through Europe, says The Times, with Greece taking a stand against anti-Russia sanctions to return the favour.  During his Russian visit, Greek Prime Minister Alexis Tsipras told Duma members that Athens had played a key role in preventing the expansion of existing sanctions earlier this year.  Prime Minister Dmitry Medvedev’s travels this week have deepened economic ties with Thailand and Vietnam: ‘For Russia, Asia is not just China’.  Russia is looking to Chinese companies to reinsure its major infrastructure projects.

Deputy Prime Minister Alexander Khloponin wants to melt more ice in the Arctic Sea to make it easier for oil majors like Rosneft to drill the billions of barrels of oil and gas thought to be held in its waters.  The FT says that a spate of small-scale, local protests across Russia in the past few months is a sign of ‘profound public dissatisfaction with the authorities’, which contradict Vladimir Putin’s popularity ratings.

The emptiness of the new Avia Park mall in Moscow is evidence of a suffering consumer goods industry.  Russia’s fish prices have risen 30% since the food embargo of last August.