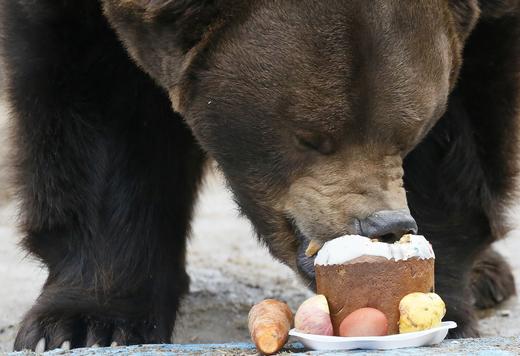 TODAY: New US sanctions shave $12bn off oligarch wealth, slam ruble and company values; Medvedev orders working group for retaliation; Russia and US warning each other over Syria; Chaika demands $8.4bn stolen by criminals harboured by the UK, from the UK; #MeToo but not in Russia.

The Trump administration’s latest round of sanctions against Russia, which the Kremlin denounced as “scandalous” and “illegal”, have led to an estimated collective loss of $12 billion by Russia’s 50 wealthiest businessmen, with Vladimir Potanin in the lead with losses of $1.5 billion. The ruble experienced its most dramatic one-day drop in over 2 years. Two directors have resigned from the board of EN+ since the sanctions were announced, Rusal has lost 50% of its value (its bonds hit record lows), and Viktor Vekselberg’s group of Swiss industrial companies “got hammered by investors” yesterday. The Foreign Ministry said that the sanctions are an attempt to divide Russian society and create “constant internal battles” and “impoverishment”. Prime Minister Dmitry Medvedev has ordered the government to begin working on possible retaliatory and alleviating measures. Sberbank brushed off the effects of the new sanctions on its holdings as “insignificant”. Analysts in Moscow are anticipating that the sanctions could lead Russia into years of low growth.

The war of words between Russia and the US is heating up after yesterday’s UN Security Council meeting on the alleged chemical weapons attack in Syria’s Douma. Moscow warned that any US military action in Syria would have “grave repercussions”, as Trump met with US generals to discuss how to respond. Foreign Minister Sergei Lavrov demanded a fair investigation. The Russian military held a mass drill across the country yesterday. Prosecutor General Yury Chaika is demanding that the UK return the $8.4 billion stolen by Russian economic criminals that are now based in Britain. “[T]hey stole in Russia and now Great Britain will seize [the assets] and take it all into its budget,” he said.

PHOTO: Buyan, an 18-year-old male Siberian brown bear, is fed with an Easter cake, known as “Kulich”, on Easter Sunday at the Royev Ruchey Zoo in a suburb of the Siberian city of Krasnoyarsk, Russia April 8, 2018. REUTERS/Ilya Naymushin