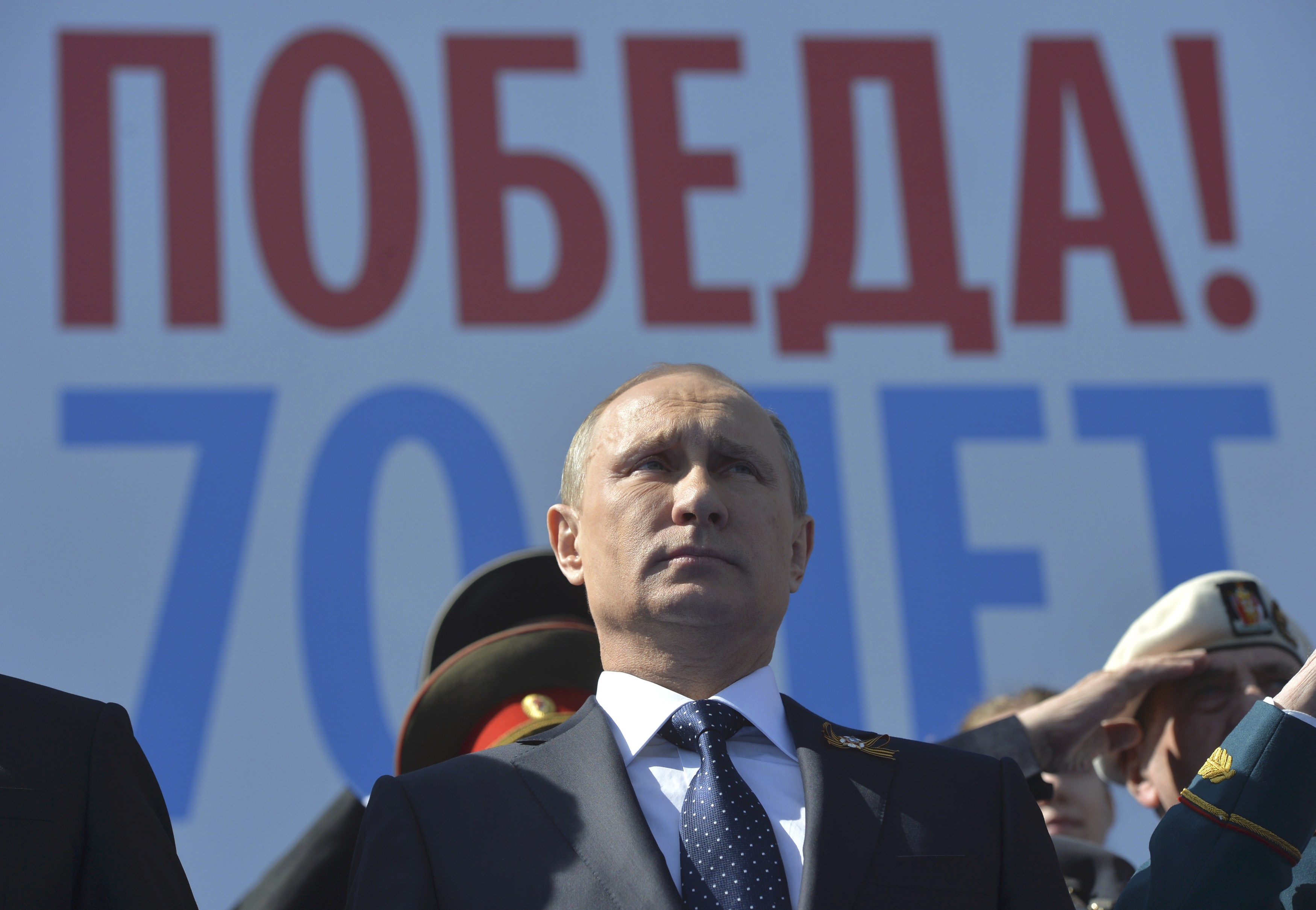 Russia’s 70th anniversary Victory Day celebration in Moscow on Saturday (see this report for background history)  featured a military procession through Red Square. President Vladimir Putin gave a speech at the parade, calling for an end to ‘attempts to create a unipolar world’, (which is viewed as an indirect swipe against the U.S.) and a new order comprising ‘a system of equal security for all states’.  This Moscow Times video shows the dazzling array of military hardware on display: which it described as ‘a snapshot of Moscow’s future military might’.  Ukrainian President Petro Poroshenko used his own country’s Victory Day celebrations, held the day earlier, to paint Putin’s spectacle ‘as an apology for [Russia’s] expansionist policies’.  None of the heads of major Western powers were in attendance at Russia’s events, drawing attention to its increasing closeness with China.  In the words of Chinese President Xi Jinping, ’We are strong if united but weak isolated.’ During the visit, Russia and China signed contracts on two pipeline deals that had been in process for some time, a memorandum of understanding for China to build rail and port projects in Russia, and a $25 billion deal to boost Chinese lending to Russian firms.  NATO is reviving Cold War-style hotlines to the Kremlin in a bid to avoid escalation of military confrontation.  A growing catalog of incidents with Russian submarines in foreign waters, off of Sweden, Finland, Norway and the Baltic States, is drawing attention to a more assertive Moscow, says the New York Times.

German Chancellor Angela Merkel arrived in Moscow the day after the parade for talks with Putin regarding the Ukraine crisis.  Putin apparently used the visit to call for an end to the ‘negative impact’ that certain ‘problems’ are having on relations with Europe.  After the talks, Putin said the peace process is progressing, and Merkel reiterated her position that Putin should use his influence to end fighting.  ‘We still do not have a ceasefire.  There are a lot of violations on the part of separatists,’ she said.  In the latest counter to the Kremlin’s insistence that it sent no soldiers to Ukraine, human rights activists told Reuters that Russian soldiers are quitting the army in protest against the conflict.  A group of opposition activists and journalists, led by Ilya Yashin, have completed work on an investigation report about Russian soldiers secretly fighting in Ukraine, initially started by murdered opposition politician Boris Nemsov.

Images of Vladimir Putin as a youth in the 60s and 70s have emerged.  The U.S. wants Greece to abandon all ideas of working on a joint pipeline project with Russia.