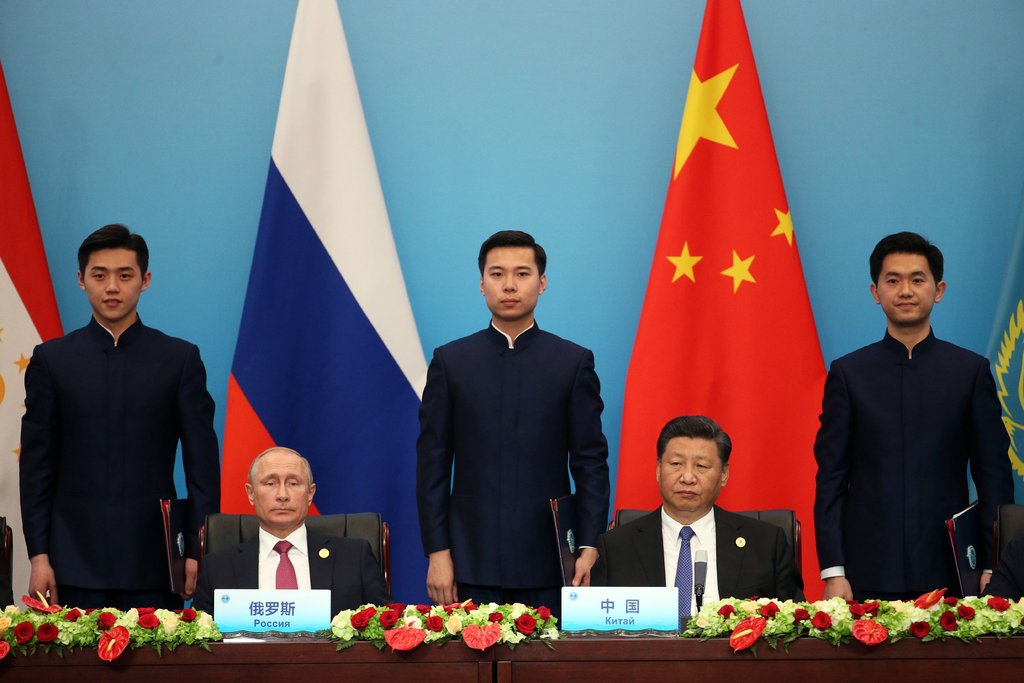 Vladmir Putin said that the G7 has less clout and reach than the Shanghai Cooperation Organisation that he attended during his visit to China this weekend, having been ejected from the former in 2014. He said that Moscow would be happy to host the G7 at some point in the future, and said that it had not been Russia’s choice to leave. During his visit, Russia and China signed memorandums on lunar and deep space exploration deals; Putin said that the development of bilateral relations between the two is crucial for international relations. The Group of Seven leaders, meanwhile, met in Canada to urge Russia “to cease its destabilising behaviour” and its support of Syria. US President Trump said it would be “good for the world” to have Russia back in the group, but Kremlin spokesman Dmitry Peskov said that Russia’s focus is elsewhere. The foreign ministers of Germany, France, Russia, and Ukraine will meet in Berlin today to discuss the conflict in eastern Ukraine and attempt to resolve current disputes and disagreements regarding how to maintain peace.

Between 1,700 and 5,000 demonstrators (police vs. organiser numbers) gathered in central Moscow yesterday to protest Russia’s mass violations of human rights, and to call for the release of political prisoners, including Ukrainian filmmaker Oleg Sentsov. President Vladimir Putin has said that it is too early to discuss Potro Poroshenko’s request for a prisoner exchange with Russia. A local journalist was sacked from her job in Siberia after speaking critically on television about a local kindergarten having their children perform a song pledging loyalty to Vladimir Putin. The Federal Penitentiary Service is seeking the extension of Alexei Navalny’s five-year suspended prison sentence for an extra year, citing his repeat convictions for administrative offences in the past year. Confirming an accusation made earlier by Navanly’s Anti-Corruption Foundation, convicted real estate tycoon Sergei Polonsky said he bribed State Duma deputy Leonid Slutsky with a lavish penthouse.

The Central Bank has cited millennials’ changing attitudes towards saving as a major threat to the future of Russia’s financial system. Orthodox Church head Patriarch Kirill says that the chuch’s inaction is leading to “a revival of pagan cults” amongst athletes. Russia has been conducting massive military drills in Crimea.