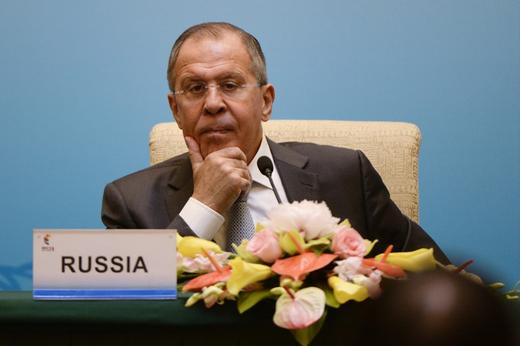 TODAY: Website uses ID software to post protesters’ names; all parties except United Russia are in membership crisis; NATO says Russia must withdraw its thousands of troops from Ukraine; Kremlin says possible cybersecurity team with US only in earliest stages; Finance Ministry planning to squeeze more taxes and privatise; Bolshoi production may have been postponed over “gay propaganda” concerns.

An anonymous Russian website is using identification software to post the names and social media accounts of anti-corruption protesters who joined last month’s rallies around the country. Those who attended the rallies risk being detained by police or losing their jobs, as the protests were not sanctioned by the government. RBC reported that the number of political protests in Russia grew by one third in the second quarter, compared to the first (partly due to more temperate weather). Russian political parties are having a hard time finding nominees to run in elections – apart from United Russia, the ruling party. Prospective candidates are put off by job restrictions (such as meeting with voters outdoors) and “are reluctant to run in elections if their positions are at odds with the predominating political line represented by United Russia.” The Kremlin spoke out against Ukraine’s NATO membership bid, saying that it would not improve stability or security in Europe. The head of NATO, Jens Stoltenberg, says that fighting in Ukraine has caused the deaths of 10,000 people, that the ceasefire is not working, and that Russia must withdraw its “thousands of soldiers from Ukraine and stop supporting the militants”. NATO maintains that it will not recognise Russia’s annexation of Crimea. The Kremlin says power turbines currently being installed in Crimea were made in Russia with Russian materials.

The Kremlin confirmed that US President Donald Trump discussed the possible formation of a joint Russia-US cybersecurity group with President Vladimir Putin during their meeting last week, but that talks were in the early stages. A US expert on Russia said the Trump-Putin meeting was useful but did not remove any obstacles to normalising relations, and that a quick fix in relations is not on the cards. US Senator Lindsay Graham described their meeting as “disastrous”. The New York Times compared it to “a father meeting his offspring”. Foreign Minister Sergei Lavrov says Russia will seek to build on the success of the Syrian ceasefire it brokered with the US. Finance Minister Anton Siluanov says Russia is focusing on methods of squeezing more tax revenue from the domestic economy in order to get around issues with borrowing from foreign investors. A Eurobond swap worth $4 billion is planned for this autumn. State shipping company Sovcomflot could be privatised this year also.

RFE/RL asked Russians what kind of country they’d like to live in (better roads, higher minimum wages, lower food prices, more freedom, and a non-corrupt government). A rumour is circulating that the Bolshoi’s new ballet has been postponed not due to the fraud investigation of its director, but because the Culture Minister was concerned that the production violates the law banning “gay propaganda”. Russia’s militarisation of the Arctic is more about power and visibility than profits, says this piece.