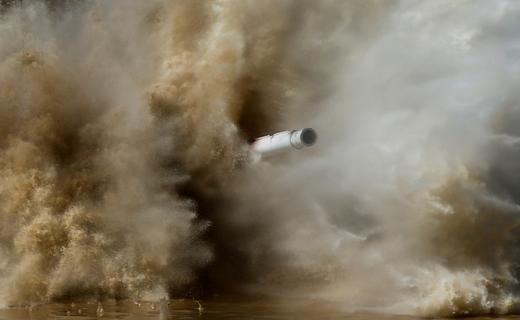 US President Donald Trump was asked to comment yesterday on Russia’s decision last week to force the US Embassy in Moscow to slash its personnel by 755 people, in a tit-for-tat, Cold War-style move. Trump said he “want[s] to thank President Vladimir Putin” for helping the US to cut down on payroll (it was pointed out by one US diplomat on Twitter that the comment was “stupid” because getting expelled from a foreign country is not grounds to fire a diplomat). The Foreign Ministry says US-imposed sanctions on Venezuela are not constructive. US Republicans allegedly accepted $7.35 million in contributions from Len Blavatnik, a Ukrainian oligarch with close ties to Vladimir Putin, during last year’s election season. A poll taken by independent research company SSRS found that almost 90% of Americans view Russia as a threat.

Activist Andrei Kosikh is the fourth protester to be jailed for violence against police at the anti-corruption rallies in March of this year; Kosikh has been given four years in prison. In a case he described as “Orwellian”, journalist Alexander Sokolov has been sentenced to three and a half years in jail for extremism, allegedly for advancing the program of a radical left-wing organisation, but Sokolov says the charges are political and related to his journalism. Since his release from five years in custody this week, opposition activist Sergei Udaltsov says he will continue to fight the Kremlin with protests and the revival of his Left Front movement, but will not be offering his support to Alexei Navalny.

Microsoft and Kaspersky Lab have settled the dispute that led to the latter making antitrust complaints against the former in Europe; Kaspersky Lab is to withdraw its complaints, and Microsoft will update the way it delivers security updates to Windows. The Culture Ministry has approved for release a controversial film portraying the love affair between Tsar Nicholas II and a ballerina, despite objections from the Orthodox Church.

PHOTO: A T-72 tank’s barrel is seen while driven through the course of the Tank Biathlon competition, part of the International Army Games 2017, at a range in the settlement of Alabino outside Moscow, Russia. REUTERS/Maxim Shemetov