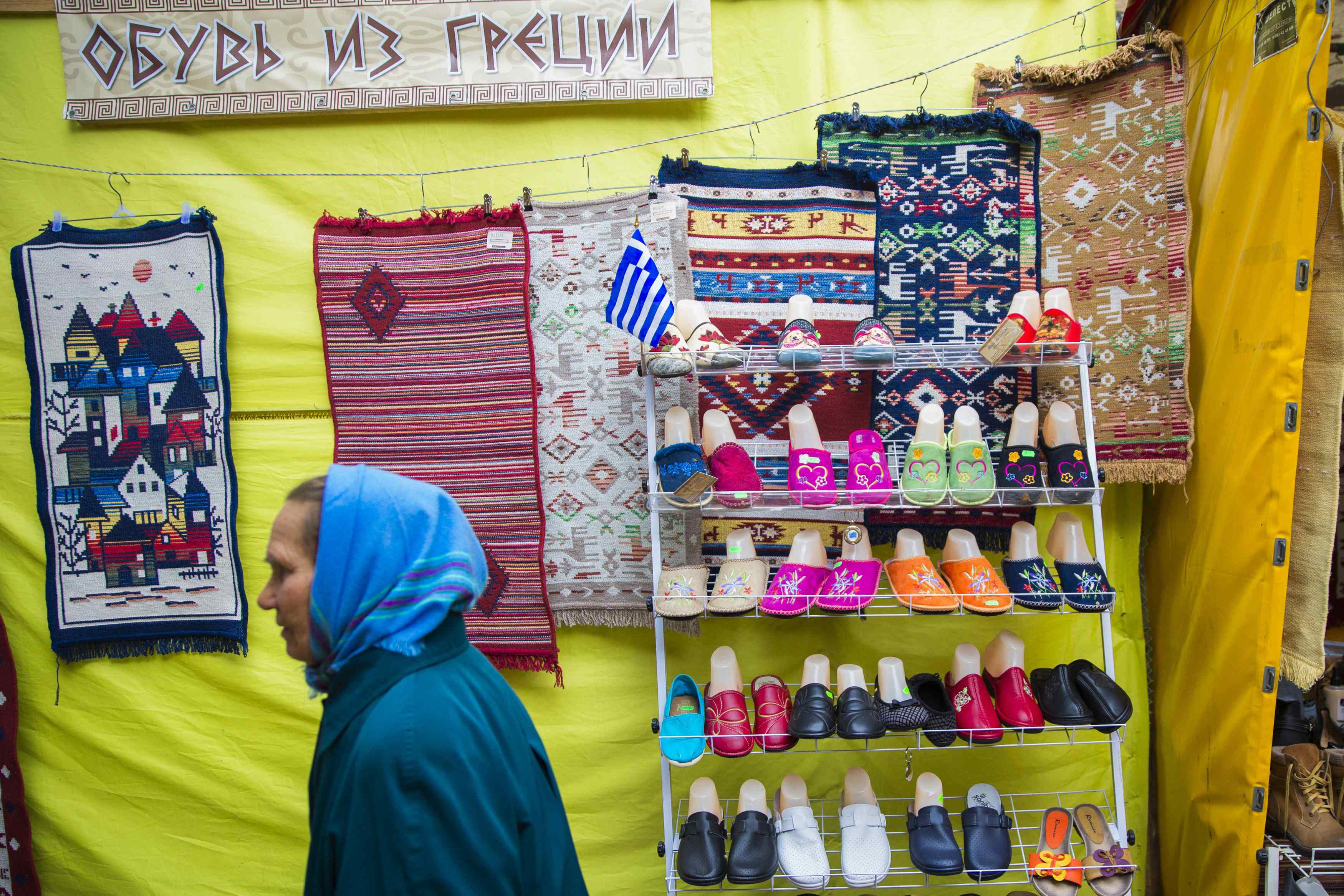 Further Ukrainian bases are falling under Russian control, now including Crimea’s main airport, and Ukraine’s interim government says Russia currently has 220,000 troops in Crimea, and has appealed to the U.S. and Britain for ‘all possible diplomatic, political, economic and military measures’ to assist it in dealing with Russia’s current ‘aggression’.  Ukraine is planning to establish a new National Guard force to ‘defend’ itself ‘from internal or external aggression’.  Chairman of the Federation Council, Valentina Matviyenko, denies that Russia is at war with Ukraine, and says the two countries are ‘one nation […] we come from the same cradle’.  Thanks to a mass media under Kremlin control, roughly 43% of Russians think that ‘Western actions’ have caused the current Ukrainian crisis, says this piece.  The Moscow Times documents the discrepancies, half-truths and distortions of the state-run media’s propaganda.  Ukraine’s national broadcasting council has ordered providers to stop broadcasting Russian TV channels, as a measure to ensure national security.  The European Union will go ahead with travel bans and asset freezes next Monday if Moscow has not started dialogue with Ukraine by that point – Russian leaders are currently refusing all negotiations with their Ukrainian counterparts, says acting President Oleksandr Turchynov, and the head of the Council of Europe says he does not think it is possible for Russian troops to leave Crimea now.  Reuters explains why Western-led sanctions against Russia will prove to be messy business.

The OSCE says Crimea’s planned referendum is illegal in its current form.  The World Bank has pledged up to $3 billion to support reforms in Ukraine, following a pledge of $1 billion from the U.S.  Russia says it would be illegal to ‘issue funding to an illegitimate regime that seized power by force’.  The New York Times discusses the tricky position that China finds itself caught in over Crimea.  Diplomatic disagreement between Russia and the U.S. hasn’t damaged key energy relationships like that of ExxonMobil’s ties with the Kremlin; nor has Britain’s objections to Russia’s recent actions affected unfolding plans for Rosatom to build a nuclear power station in the U.K.  Gazprom is pressing ahead with plans to build its South Stream pipeline, which will carry gas to Europe, bypassing Ukraine.

Taking as its cue the news that the U.S. has spent over $1.5 million in the last five years analysing Vladimir Putin’s body language, the Independent evaluates the President’s range of personae, ‘from Madimir to Sadimir to Badimir’.  RFE/RL asks, ‘What’s the difference between Vladimir Putin and Slobodan Milosevic? About 22 years.’

PHOTO: A woman walks past a shoe stall at a market in the Black Sea resort town of Alushta, in southern Crimea, March 11, 2014. The writing reads, “Greek Shoes.” REUTERS/Thomas Peter