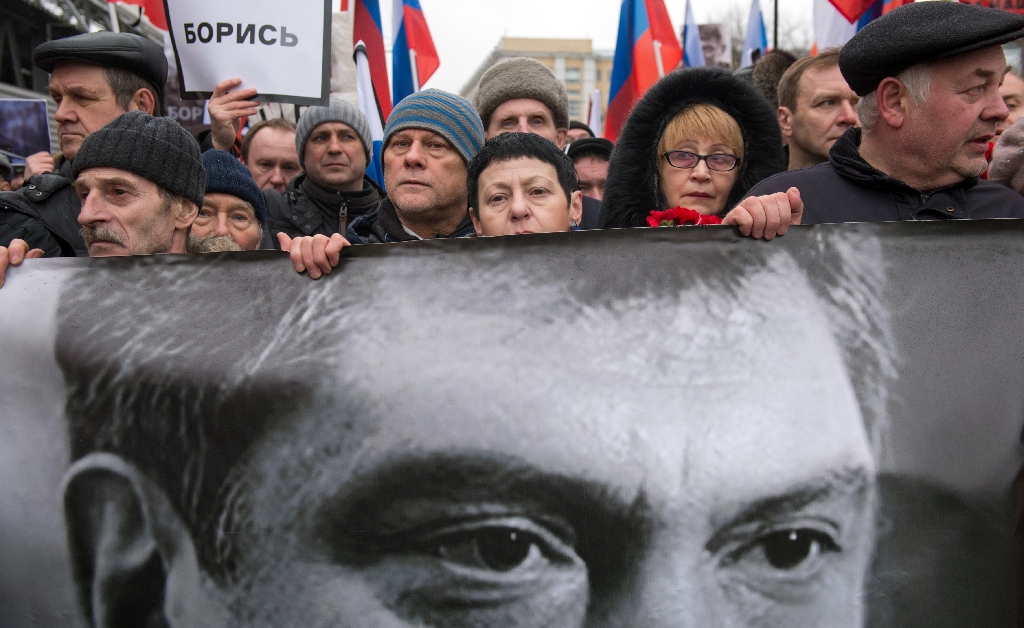 Human rights activist Andrei Babushkin says that Zaur Dadayev, the former Chechen soldier accused of murdering opposition leader Boris Nemtsov, may have confessed to the killing after being tortured; during a visit with Dadayev and other suspects at their detention ward, Babushkin observed that they had suffered multiple injuries.  Immediately following his visit, Babushkin was interrogated as a witness in the murder case. ‘I gave them our reports about the visit. I said we had reasons to believe that [the suspects] had been tortured.’ Babushkin pointed out that, as a witness, he is no longer permitted to visit the suspects.  Nemtsov’s daughter Zhanna accused Vladimir Putin of being ‘politically responsible’ for her father’s death: ‘I cannot just keep silent. It’s absolutely impossible.’  European Union lawmakers have condemned the killing and Moscow’s increasing pressure on opposition groups.  President Vladimir Putin’s spokesman dismissed a report that Putin had been informed last week of a hit list, which included Nemtsov, Mikhail Khodorkovsky, and Ksenia Sobchak; Khodorkovsky’s Moscow-based press secretary found a funeral wreath hanging on the door of her apartment yesterday.  German Chancellor Angela Merkel declined Vladimir Putin’s invitation to a WWII Victory Parade in Moscow, citing tensions over Ukraine.  The U.S. added a Moscow-registered Russian bank and eight Ukrainian separatists to its sanctions list; Deputy Foreign Minister Sergei Ryabkov described the new additions as ‘unexplainable’.  Alexei Navalny called on the West to impose more travel bans and asset freezes on Putin’s most loyal officials, urging, ‘you have to hit the propagandists of war, the ones who finance the war, the real party of war‘.

The Foreign Ministry says Russia has the right to deploy nuclear arms in Crimea.  Energy Minister Alexander Novak may ease other terms of its gas supply deal with Ukraine, but is holding tight to the condition that Kiev will have to pay for gas supplied to rebel-held eastern regions.  E.U. leaders want a plan in place to counter Russia’s ‘disinformation campaigns’ over Ukraine.  Be careful of what you click, agrees Leonid Bershidsky: ’unofficial propaganda armies’ are making using of social media to spread spurious news items about supposed Russian and Ukrainian atrocities.  Vasily Gatov takes an in-depth look at how the Kremlin uses controlled media to control the country.

Russia and North Korea have heralded 2015 as a ‘year of friendship’.  Is Greece moving towards Russia at the expense of its relationship with the West?  Barclays Capital sees Russia heading into a ‘deep recession’.