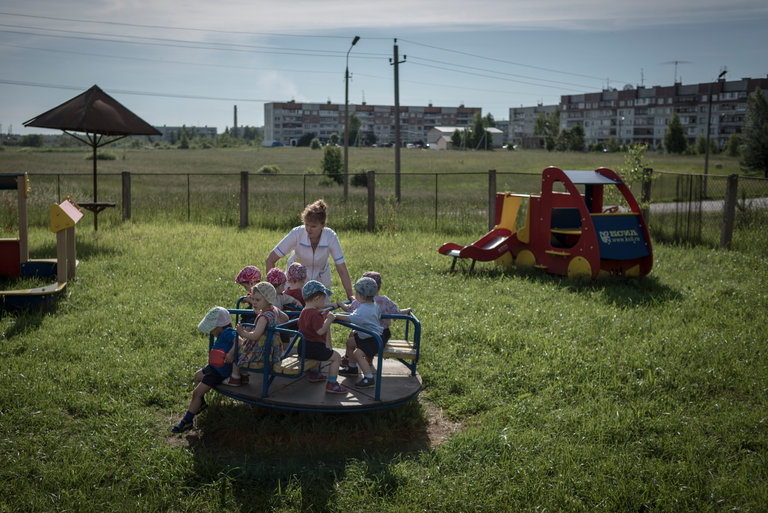 Germany’s Siemens is planning to bring criminal charges against Russia for moving at least two of its gas turbines “against its will” from Russia to Crimea (Crimea is currently under sanctions barring EU companies from providing it with energy technology). Energy Minister Alexander Novak says the construction of the two power plants in question in Crimea will go ahead. Novak also claimed that Russian energy projects in Europe are subject to attempts of “open sabotage”, and that with demand expected to grow significantly in coming years, it is essential that infrastructure should not be affected by politics. Russia and Saudi Arabia agreed on a $3.5 billion arms deal yesterday. Leaked company emails show that Russian cybersecurity firm Kaspersky Lab has worked on products for the FSB intelligence agency and accompanied its agents on raids, contrary to its public declarations, says Bloomberg. Russia is telling the World Trade Organisation that the free trade agreement between Ukraine and Brussels goes against its rules because it penalises Russia (its sixth dispute as a member). Prime Minister Dmitry Medvedev has approved a plan designed to eradicate doping, improve Moscow’s tarnished sporting image, and overturn the current international ban on most of its track-and-field athletes.

A Moscow court denied the request to overturn opposition leader Alexei Navalny’s suspended sentence in exchange for jail time, because the request “was not signed by the proper person”. Police in Krasnoyarsk detained a local coordinator of Navalny’s presidential election campaign, alleging that he had “extremist content” for receiving a delivery of campaign newsletters. An inmate at a notorious detention facility in Nizhni Tagil has appealed to President Vladimir Putin via Youtube, demanding that his citizenship be revoked, because of the torture and violation of his rights he has suffered during his incarceration. Orthodox Church head Patriarch Kirill says that exorcism is a useful remedy for those with mental health issues that have stumped professional psychologists. Russian visitors to a popular pornography website will have to sign in with their personal details and their passport.

Russia is considering expelling around 30 US diplomats in retaliation for the US seizing Russian diplomatic compounds last year as part of sanctions, and says it is “outrageous” that they have not yet been handed back. This piece explains the “inextricable” links between anti-Rusisan sanctions and adoptions, with regard to the “anti-Magnitsky law” banning US adoptions of Russian children. US President Donald Trump’s son has released emails showing that he was offered sensitive information by a Russian source that would help his father’s campaign. In keeping with the current US administration’s regular refrain of denials, The Guardian counted the number of times (20) that the Trump team denied having had any contact with Russians seeking to influence the presidential election result.

PHOTO: A nurse plays with children at an orphanage in western Russia. The adoption of Russian children by American parents has been frozen since late 2012. (Sergey Ponomarev for The New York Times)