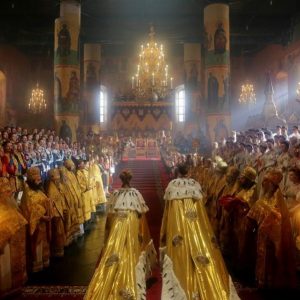 Whilst it has been confirmed that in 16 regions where governors were standing for election, United Russia’s candidates all won in the first round, the weekend’s elections have seen a surprise victory for the opposition in Moscow. Dmitry Gudkov’s United Democrats movement secured 11 out of 12 council seats in the Tverskaya district, a wealthy neighbourhood close to the Kremlin, and won all 12 seats in the Gagarinsky district, where Putin himself is registered to vote. The Committee to Protect Journalists has urged the Kremlin to “identify and prosecute” those responsible for the attacks on journalist Yulia Latynina, who has now been forced into exile. According to this report, Russian operatives with false identities apparently used Facebook’s event management tool to organize and publicise political protests in the US, including an August 2016 anti-immigrant rally in Idaho. A journalist recounts his personal experience of Russian Twitter bots. Despite finally realising the gravity of Moscow’s attempts to interfere in foreign politics using social media, the EU’s agency tasked with combatting it notes it remains a “David and Goliath struggle”. As part of its investigations into interference into the US elections, the FBI has questioned a former White House correspondent for state news outlet Sputnik. Despite protests from religious extremists (who have attacked vehicles and a cinema) a new film about Russia’s last tsar Nicholas II, entitled Mathilde, has had its first screening.

Ukraine has urged the UN to think twice about President Putin’s suggestion that a peacekeeping mission be deployed along the front line to help protect ceasefire monitors in eastern Ukraine; Kiev believes that peacekeepers should be deployed along the border to stem the flow of weapons and fighters. Cooperation between the two countries is a priority for one organization however: Gazprom. German Foreign Minister Sigmar Gabriel has asserted that if peace can be held in Ukraine, European sanctions imposed on Russia should be gradually reduced.

At a meeting with US Undersecretary of State Thomas Shannon in Helsinki, Deputy Foreign Minister Sergei Rybakov has “called for a stop to the destruction of Russia-U.S. relations”; meanwhile Moscow is apparently seriously considering ordering an additional 155 American diplomatic personnel to be removed from missions in Russia in the tit-for-tat expulsions. Washington has warned that Russian smugglers are assisting North Korea with shipments of contraband in the wake of new economic sanctions. Bloomberg reports on the plans of Russia’s richest man, steel magnate Alexey Mordashov, to create a new, online, educational human-resources consultancy.