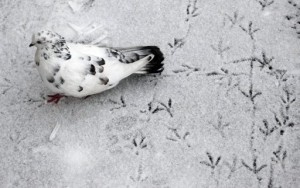 The Turkish Prime Minister Tayyip Erdogan says that a Russian passenger plane grounded en route to Syria by Turkish fighter jets was carrying Russian ammunition, although a Russian export official denies it.  Iraq is considering installing Russian companies at the West Qurna-1 oil field in place of ExxonMobil, apparently due to the firm’s recent move into Kurdistan.  During a meeting with the Iraqi Prime Minister, President Vladimir Putin said that Russia’s ‘whole list’ of large energy companies are developing their work in Iraq, and both sides pledged to boost trade levels.  TNK-BP says Russia will require $600 billion of investment over the next two decades in order to maintain current levels of production.

Released Pussy Riot member Yekaterina Samutsevich has talked to a television station about the group’s future plans, vowing to fight for the freedom of her fellow group members.  Analysts say that the October 14 gubernatorial elections will be a chance for the Kremlin ‘to show it still maintains control of the situation’.  The Moscow Times interviews Vladimir Ashurkov, Alexei Navalny’s chief fundraiser and former executive at Alfa Group.  Going by the contents of recent documentaries, Russian paranoia about foreign funding of the opposition is now extending to Georgia.  Opposition figure Garry Kasparov has addressed renewed claims that he holds U.S. citizenship.  A recent Levada Center poll suggests that two-thirds of Russians support Internet censorship.  The $10 million lawsuit against Madonna, brought for her vocal support of homosexuals at a St Petersburg concert in August, has been postponed.

Top Russian financial advisers say that Russia is a difficult place to launch a startup.  A soldier has been charged for causing an explosion at a military base in Orenburg with his cigarette.