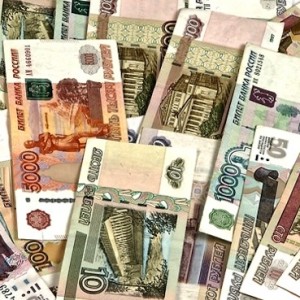 The ruble has rebounded to its highest level in four months, after talks with Saudi Arabia resulted in an agreement on oil output.  Central Bank Governor Elvira Nabiullina is cautious about hopes of righting Russia’s budgetary wrongs, arguing that even if oil prices increase significantly, ‘we won’t be able to grow by more than 1.5-2% if we don’t carry out structural reforms and improve the investment climate’.  She also warned against taking risks with inflation in order to accelerate growth, saying that could lead to an ‘inflationary spiral’ that could have deleterious effects on the economy in the long term.  Finance Minister Anton Siluanov has told an economic conference that the budget deficit could reach up to 4% of GDP this year if oil prices stay at current levels.  His predecessor Alexei Kudrin has reportedly been offered a senior position at Russia’s principal economic policy think tank, the Center for Strategic Research, where he could participate in the development of a new economic strategy for the Kremlin.  Reuters reports on the effects of the economic crisis on the poorest of citizens in the industrial heartland.  Perhaps they will be comforted to know they can now participate in the design of the ruble banknote?

In a video interview, Kremlin critic Garry Kasparov suggests that President Putin is running a ‘war budget’ which prioritizes the military and propaganda.  A Russian Mi-28 helicopter has crashed in Syria killing both of its crew members: ‘the crash and the gunship’s continued deployment in Syria are indicative of Russia’s shift in battlefield operations’ says the Washington Post.  See here for an in-depth analysis of how and why Russia has done little to extirpate IS in Syria.  A new Chinese proposal for an anti-terror alliance in Central Asia which does not involve Russia’s participation looks likely to raise the Kremlin’s hackles.

Space agency Roscosmos has apparently won a court action in France concerning $700 million in payments owed to the company, which were seized by French authorities as a result of the ECHR Yukos ruling.  ‘In many ways, Russian corruption is the new Soviet Communism. The Kremlin’s black cash is the new Red Menace’, says Brian Whitmore on RFE/RL.  The revelations of the Panama papers seem to have had little impact on perceptions of the President; just 7% of Russians, according to a new poll, believe Putin would not try to fight corruption because he himself benefited from it.

PHOTO: The Russian public will be able to participate in choosing the design of the new ruble banknotes, according to Central Bank chief Elvira Nabiullina. (Central Bank)