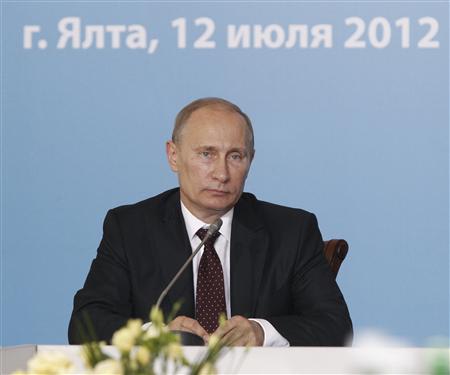 United Russia will not bow to criticism over its non-governmental organisations bill that will force those receiving foreign funding to register as ‘foreign agents’, and defends the measure as an ‘instrument of openness’, despite wider suspicion that ‘the bill is designed to punish pro-democracy groups by branding them traitors.’  Russia will not agree to new Syria sanctions, and is calling for Kofi Annan to work more closely with the opposition.  The case against the three members of Pussy Riot has been sent to court for to trial, as two opposition members seek asylum in Europe following house raids by police.

Major cable TV provider Akado has dropped CNN and the BBC indefinitely, ostensibly due to licensing issues, causing public dismay and spurring speculation about censorship.  The High Court in London is currently hearing accusations that Michael Cherney, who is suing Oleg Deripaska, is part of a network of organised crime.  Today’s Independent editorial echoes the now popular opinion that the Magnitsky Act is important, but that U.S. must not link it directly to the repeal of Jackson-Vanik.  The Consumer Rights Protection Society is portraying church goers as tax dodgers.

Ukraine has failed to negotiate a lower Russian gas price, as Vladimir Putin promises not to force the country into his Customs Union.  The Foreign Ministry is threatening Nigeria with diplomatic fallout in a bid to reverse a court decision to strip RusAl of ALSCON, its ‘core African asset’.  Cuban leader Raul Castro is in Moscow.