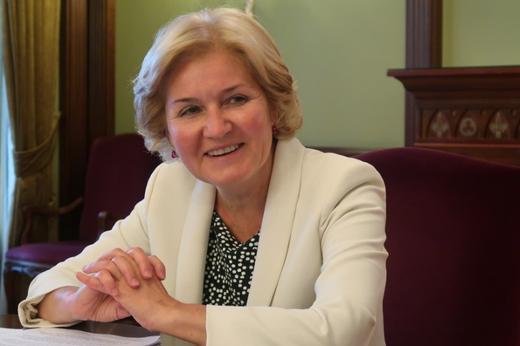 Russia has extended its food import ban on EU products until the end of 2019. NATO’s deployment of additional resources to the Baltic region is a “necessary step” based on “aggressive actions” from Russia, according to its supreme commander, clarifying the four battalions as a deterrent, not a threat. On the second day of the alliance’s summit, which has taken Russian provocation as a central theme, the Foreign Ministry dismissed NATO in a Tweet as “useless”. The Kremlin officially responded to Donald Trump’s description, on the first day of the summit, of Germany as its “captive”, saying that his statement is part of a concerted effort to bully Europe into switching to American energy supplies. Trump’s accusation however only serves to force member countries to pick sides, Bloomberg points out, which broadly ends up benefiting Russia. Following tit-for-tat diplomat expulsions in connection with a row over Macedonia’s plan to join NATO, Greece says it is still seeking positive relations with Russia. The Foreign Ministry believes that Macedonia is being “suck[ed] into NATO by force”; the Macedonian Prime Minister hailed the country’s joining, however, as “a recognition of our committed engagement over more than two decades”.

A key former Kremlin political strategist tells the Washington Post about how the Putin brand was created: “We intensified Putin’s mystery on purpose,” he said, because in a weak state, “you need to create an image of power.” A regional deputy from the Saratov region is under investigation for making extremist statements after he criticised the government’s unpopular plan to raise the retirement age by speculating that, “If we had beat Croatia, I can assure you the government would introduce serfdom.” Moscow Mayor Sergei Sobyanin is planning not to debate with any of his opponents as he comes up for re-election, on the grounds that he doesn’t believe any of them genuinely want to win. Last month, Facebook granted Mail.ru a special extension of its otherwise-defunct data sharing policy, allowing it to access user data, prompting concerns that the company could use the information to crack down on minority or oppositional groups.

Deputy Prime Minister Olga Golodets is expecting a 15% increase in foreign tourism for Russia following a successful World up that has helped to destroy negative stereotypes about the country. FIFA found no doping violations in over 3,000 tests carried out for the World Cup.