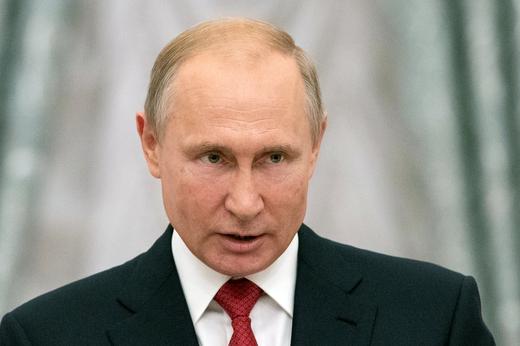 Russia will respond to the latest round of US sanctions by decreasing its holdings of US securities, and is considering moving away from making global payments in dollars, but Finance Minister Anton Siluanov says US companies based in Russia are safe, and that the new sanctions are “unpleasant but not fatal”. Russia’s new economic vision focuses on “old-style state-led investment to drive growth,” notes Bloomberg. Despite sanctions causing the ruble’s fall to 2016 levels (a loss of 6% of its value), analysts say the change is not drastic enough to warrant an official intervention. This piece says that Vladimir Putin’s move to strengthen ties with Turkey last week was a tactical victory and a clever response to the sanctions, but argues that, more broadly, he is failing on the issue. Foreign Minister Sergei Lavrov called US Secretary of State last week to express Russia’s dismay regarding the new sanctions, but says it remains open to a new summit of the Russian and US Presidents. Oleg Deripaska’s En+ group has presented its final sanctions relief plan to the US Treasury, which includes an agreement from Deripaska that he will reduce his holding to below 45% (from his current holding of 70%).

A 16-year-old schoolboy has become the first minor to be prosecuted under the “gay propaganda” laws for images he posted on social network VKontakte. The United Nations wants Russia to crack down on the torture of prisoners, requesting a report in a year’s time on the case of Yaroslav prisoner Yevgeny Makarov, whose beating in prison was filmed and leaked to the press. A former inmate at the same facility, now working on exposing the roots of violence in Russia’s prisons, describes similar beatings and the problems of speaking out. RFE/RL questions the Central Election Commission’s giving the green light to proposed referendums on pension reform, arguing that this: “does not mean a referendum is a done deal. In fact, most analysts agree it remains a long shot in the context of the strictly managed political environment of Putin’s vaunted power vertical.”

Russia, Iran, Kazakhstan, Turkmenistan and Azerbaijan made some progress over the weekend in deciding how to divide up energy resources in the Caspian Sea. Why is anyone opposing the Nord Stream 2 pipeline, wonders the FT. Russia and Serbia are friends.

PHOTO: Russia’s President Vladimir Putin speaks during an award ceremony of the members of the national soccer team at the Kremlin in Moscow, Russia, July 28, 2018. Pavel Golovkin/Pool via REUTERS