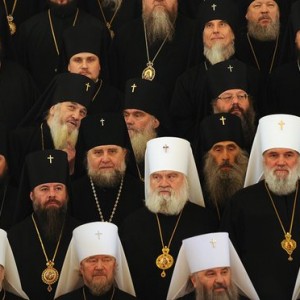 President Putin has offered his condolences to U.S. President Barack Obama and all U.S. citizens following the mass shooting at the Pulse nightclub in Orlando which he described a ‘barbaric act’.  There was apparently resistance from Russia (which has a deeply hostile stance towards gay rights) to accept the U.N. Security Council’s condemnation of the attack for ‘targeting persons as a result of their sexual orientation’.  The U.N. has urged Russia, in ‘accordance with [its] international human rights obligations’, to amend its ‘foreign agent law’ which limits the activities of NGOs.  Four multinational battalions will be sent to Poland and the Baltic states, NATO Secretary-General Jens Stoltenberg has announced, ‘to send a clear signal that NATO stands ready to defend any ally’, as leaders from the countries neighbouring Russia remain alarmed at the prospect of Kremlin aggression.

Russian football fans in Marseille are facing police checks following the weekend’s clashes with England fans, after the chief prosecutor in the city described the perpetrators as ‘extremely well-trained’ and ready for ‘ultrafast, ultraviolet action.’   ‘Our fans in Marseille are a copy of Russian foreign policy‘, says Professor Sergei Medvedev from Moscow’s Higher School of Economics, making it less surprising that a top Russian football official congratulated the fans for their misdeeds and told them to ‘keep it up!’  Alexander Shprygin, a high-profile far-right activist once photographed giving a Nazi salute, is apparently on the delegation of the Russia team.

An employee for social network website VKontakte has reportedly been attacked in St. Petersburg following unfavourable posts about the Kremlin.  The government is continuing its assault on alcoholism, by increasing the minimum price for half a litre of vodka to $2.90.  The Russian Orthodox church has nixed plans for a historic meeting in Crete involving all of the Orthodox churches.

PHOTO: the Russian Orthodox church’s top priests pose for a family photo. There are about 100 million followers of the church. (Alexander Nemenov/AFP/Getty Images)