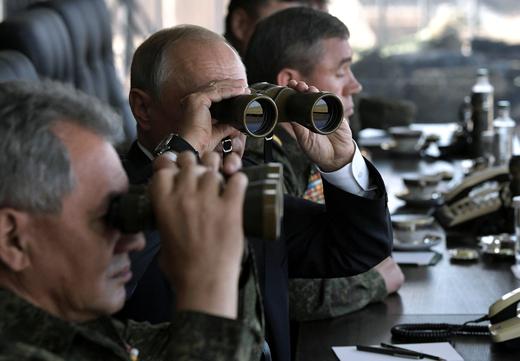 Anti-Kremlin activist Pyotr Verzilov remains seriously ill in hospital. Pussy Riot, the group he has been affiliated with, says his life is in danger and believe he has been poisoned. Doctors apparently told his family that he may have taken an overdose of medication. Just hours prior to his hospitalisation, he gave an interview to Al Jazeera, in which he said, “there’s no criminal justice system here. In any democratic country, the main criteria of criminal justice system is its independence.” RFE/RL looks at Verzilov’s record of notorious political stunts. Poisonings are a “risky and politically messy way of trying to get rid of enemies”, writes Leonid Bershidky, especially given that they often don’t work. The UK Foreign Minister reacted to the appearance on Russian state television of two men accused of poisoning former spy Sergei Skripal, calling it “fake TV”; a spokesman for UK PM Theresa May called the interview “deeply offensive”. During the interview, which was aired by Kremlin news organ RT, the men denied any involvement in the attack, saying they were only in Salisbury to visit the cathedral. RFE/RL reviews some of the interview’s stranger moments.

President Vladimir Putin attended the massive, 300-000-strong Vostok 2018 military drills in eastern Siberia yesterday, Russia’s largest post-Soviet war games, where he vowed to strengthen the army and continue to modernise its weaponry. The US has accused Russia of pressuring UN experts to alter a report regarding sanctions against North Korea. The US energy secretary is urging Russia not to use energy as an economic weapon. The UK’s National Crime Agency is honing in on suspicious Russian wealth in a bid to address the £90 billion flood of “dirty money” coming into London.

According to the Levada Centre, Russians have become less trusting in their television news over the past decade, despite the fact that it remains their main source of news. Human Rights Watch has spoken out against the Russian police force’s treatment of protesters last week during demonstrations against pension reforms, held on regional election day, during which “older people and children” were detained.