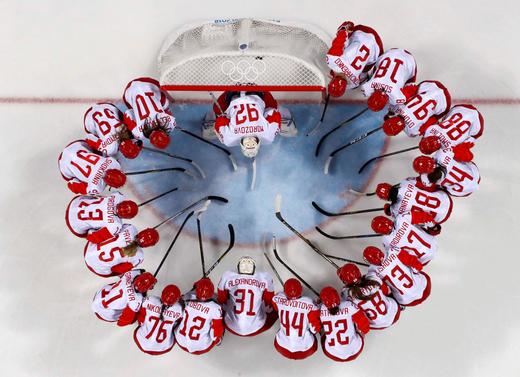 TODAY: Russia and US clash at UN over Syria; new bill will regulate military contractors; families waiting for information about soldiers killed in Syria; Russia may be developing space weapons; Stone’s Putin documentary on hold until elections are over; Russia and Saudi Arabia ramp up energy and investment partnerships; Ponomaryov says Putin personally ordered annexation of Crimea.

Russia and the US are clashing in the UN Security Council over the current flare-up of violence in Syria. The Kremlin is working on a new bill that will regulate private military companies, after reports that private contractors have been killed during attacks in Syria this month. “The private fighters allowed the Kremlin to keep the official death toll from its campaign in Syria low, helping to avoid negative publicity about Russia’s involvement in Syria as President Vladimir Putin runs for re-election in the country’s March 18 presidential vote.” Amidst the Kremlin’s official denials that members of its armed forces are being killed in Syria, families are waiting back home for clear answers about their loved ones’ whereabouts. A state television network will postpone its airing of Oliver Stone’s Putin documentary until after the presidential election, after other candidates said it would constitute illegal campaigning. A new US intelligence report claims that Russia and China are “probably” developing destructive weapons to use in space.

After winning success with their OPEC oil market collaboration, Russia and Saudi Arabia have abandoned their past discord and are now exploring the possibility of other energy agreements, including investment for a future LNG plant in the Arctic. Several Russian parties will invest in the upcoming Saudi Aramco IPO, including a joint Russia-China investment fund, and Saudi Arabia may reciprocate with an investment in Russia’s Eurasia Drilling. OPEC and Russia are also planning new joint efforts to measure oil inventories and review their supply-cuts agreement, which has already brought crude prices to a three-year-high. The UK is blaming Russia for the NotPetya cyberattack on Ukraine and Europe last year.

Former Duma deputy Ilya Ponomaryov testified in Kyiv that the annexation of Ukraine’s Crimea in 2014 was personally ordered by Vladimir Putin. This piece looks at the history of Russia’s great storytellers, from Turgenev to Putin.