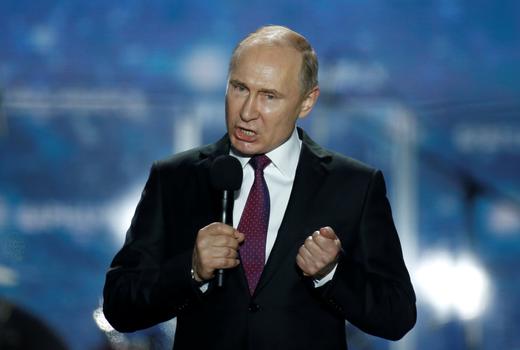 In response to the nerve agent attack last week on former Russian spy Sergei Skripal, Britain has announced the retaliatory measure of expelling 23 Russian diplomats, the largest such expulsion since the Cold War. Prime Minister Theresa May said the UK believes the Kremlin was behind the attack, and called President Vladimir Putin’s actions “tragic”. The ruble suffered accordingly. The Russian embassy in London condemned the UK’s decision as “hostile and unjustified”. NATO, Poland and Germany have all condemned the incident and called for Russia’s cooperation with the UK; US President Donald Trump is having trouble doing the same. Russia is accusing Britain of having chosen a confrontation over, and continues to insist it had nothing to do with it. Other measures announced by the UK against Russia over Skripal include a (“largely symbolic”) announcement that British politicians and royals will boycott the 2018 World Cup, and possible energy diversification. The chemist who helped develop Novichok, the nerve agent used against Skripal, said that only the Kremlin could have carried out such an attack, that in fact Russia produced many tons of the agent during the Cold War, and said that its use in this way makes Russia a “terrorist country”. Sputnik portrays the pro-Russia stance that the UK has acted disgracefully and that the UK must provide proof. RFE/RL has a collection of succinct excerpts from various opinion pieces responding to the case.

Gazprom is planning on cutting hundreds of jobs overseas and bringing the roles back to Russia – part of “a broader trend of Russian state firms retreating from the West”. The FT reports on Gazprom’s latest energy war with Ukraine. President Vladimir Putin finished off his campaign trail in Crimea, praising the region’s “real democracy”; Ukrainian President Petro Poroshenko called the trip “a provocation”. A team of BBC journalists recorded themselves being followed and harassed during a trip to report on opposition leader Alexei Navalny. A Russian anti-Fascist activist has fled to Finland and has no plans to return to Russia, after accusing the FSB of torturing him.

Prime Minister Dmitry Medvedev praised British physicist Stephen Hawking, who died yesterday, as “a great scientist [who] made us see our boundless capacities”.