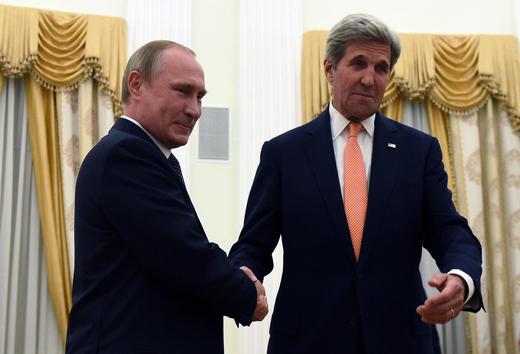 Russia is hopeful that newly-appointed British Foreign Minister Boris Johnson will improve the currently abysmal relations between Moscow and London; Kremlin spokesman Dmitry Peskov said ‘[e]very new start gives a certain hope.’  Johnson once called President Vladimir Putin a ‘manipulative tyrant’ and compared him to a Harry Potter character; the Kremlin is expecting ‘slightly different rhetoric of a more diplomatic nature’. The Kremlin is dissatisfied with the current pace of cooperation between the US and Russian militaries regarding the Syrian situation.  During a three-hour meeting with Putin in Moscow, US Secretary of State John Kerry said diplomatic efforts to end the Syrian war could not continue indefinitely; Putin wants more pressure on Islamic State fighters.  Syrian President Bashar al-Assad says Russia has never raised with him the topic of leaving power.  Russian Orthodox ‘archpriest’ Dmitry Roschin responded to the Russian online flash mob #IAmNotAfraidToSpeak, in which woman have been sharing their experiences of sexual violence, advising them to turn to priests instead of posting their stories online.  The IMF is predicting that GDP will fall by a further 1.2% this year.

Alexei Navalny’s Anti-Corruption Foundation has accused First Deputy Prime Minister Igor Shuvalov of using an undeclared private business jet worth $62 million, which his wife also apparently uses to transport her dogs to dog shows around the world.  The Federal Security Service (FSB) have taken their investigation of Ekho Moskvy radio station up a notch, demanding a list of editors’ names. The FSB plans to punish a group of junior agents with demotions and sackings, after photographs emerged of their ‘immodest’ graduation celebration (not to mention their faces). The Defence Ministry confirmed that Jeff Shell, head of NBCUniversal, was denied entry to Russia because he is on an ever-increasing, tit-for-tat blacklist of US citizens.

Since quitting the oil industry, billionaire Mikhail Fridman has set his sights on the US healthcare industry, in which he is preparing to invest $3 billion over three years.  Reuters talks to NPR Russia correspondent Anne Garrels about the reasons why ‘Russians love Putin’.  How is Russia going to get people to settle in the Far East?