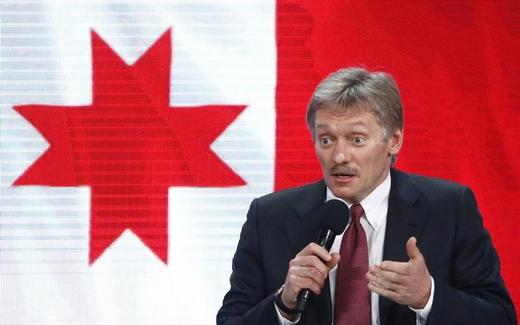 TODAY: Russia responds angrily to U.S. suggestions that it return Crimea to Ukraine; pro-Putin nationalist group pickets media for ‘cult of Trump’ coverage; Kremlin dismisses story that Trump had contact with its intelligence all through last year as ‘fake news’, sets record straight on INF violation allegations; Karelia governor is fifth to resign in a week; new law will fine companies that do not block access to blacklisted websites.

Russia was widely unimpressed with the U.S. call for Russia to return Crimea to Ukraine.  The Kremlin says it will not and cannot discuss the issue of Crimea’s return, but rather that Vladimir Putin will continue to ‘patiently and systematically explain’ to Russia’s partners why Crimea sought to leave Ukraine and join Russia.  The Foreign Ministry says Russia is not in the habit of giving its territories away. ‘Crimea is a territory of the Russian Federation,’ said spokeswoman Maria Zakharova.  The National Liberation Movement, a pro-Putin nationalist group, picketed Kremlin-backed national news agency Rossiya Segodnya yesterday in protest against the channel’s ‘Trumpomania’.  Reports that Donald Trump’s aides had frequent contact with Russian intelligence officials all last year add weight to ongoing reports of Trump’s links with the Kremlin and, ‘if confirmed, could constitute treason’, says The Guardian.  The Kremlin however says it’s all ‘fake news’, slamming the reports as based entirely on anonymous information and lacking ‘concrete facts’.  In response to fairly vague claims from the U.S. that a developmental Russian weapon is in violation of the Intermediate-Range Nuclear Forces (INF) Treaty Kremlin spokesman Dmitry Peskov pointed out that no official accusations towards Russia regarding any violation have been made, and that Russia remains committed to its international obligations.

The governor of the Karelia region has just resigned – and is the fifth regional minister to do so this week; all of their resignations are believed to have been ordered by the Kremlin, possibly to increase support and control ahead of the presidential vote next March. Under a new law, companies that do not restrict access to websites blacklisted by Roskomnadzor, the media watchdog, will be fined.  France says it will respond with retaliatory measures to any interference in its upcoming elections, following accusations against Russia that it has targeted the website and mail servers of the French pro-Europe presidential candidate.  Plans are underway to revive the giant Samotlor oil field, Russia’s largest and a big bankroller of the Soviet Union.

The BBC reports on Russia’s Arctic presence, the NATO trainings taking place near the border with Norway, and how locals in Norway feel about being so close to Russia.  The Interior Ministry estimates that less than 1% of Russians use drugs regularly.