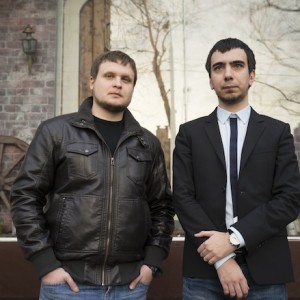 ‘Now, Russia is a more significant player in Syria’s future than the United States’: Russia’s surprise move to withdraw troops from Syria has drawn near consensus among analysts that it has strengthened the Kremlin’s position.  RFE/RL’s Brian Whitmore is one of them, though he suggests that ‘geopolitical extortion’ might be an apt way of describing it.  Although the reports of thousands of civilian casualties meant Russia did not win ‘much love by getting involved in Syria’, it has nonetheless ’emerged […] in a stronger role‘, this op-ed in the Independent concurs.  The pullout also seems to be a message for Bashar al-Assad to keep his plans for reconquest in check, and instead to participate in negotiating a peace settlement.  See the Moscow Times for a round up of the reactions to the news in the Russian media.  Despite reassurances from a Russian diplomat, Israel has reportedly voiced concerns that the scaling back might have ramifications for its own security.  It has been asserted meanwhile that the Kremlin’s most advanced air defense systems will remain in Syria for security purposes.

The All-Russian Interethnic Union of Youth has filed a request with the Justice Ministry to have Alexei Navalny’s Anti-Corruption Foundation NGO added to its list of ‘foreign agents’ and that it be investigated for inciting ethnic and religious hatred.  Deputy Culture Minister Grigory Pirumov has apparently been detained on charges of embezzling public funds.  President Putin has argued that Russian citizens are largely in favor of repressive measures deployed by law enforcement if they believe that those measures serve society.  Should the government continue to shore up the budget deficit using the Reserve Fund, it could be depleted by 2017, warns Finance Minister Anton Siluanov.  Despite the initial reservations of the central bank and finance ministry, it seems a new plan to scrap mandatory contributions to employees’ pension funds could be realized.  Vovan and Lexus, the prankster duo who conned Elton John into believing he was speaking to the Russian President last year, admit they have a ‘firm, pro-Kremlin position’ – but are they on the payroll?

A blow for Google: the tech giant has failed to overturn a Russian ruling that said it broke competition laws by having its services bundled on Android-based devices.  Prominent Soviet-era poet and dissident Aleksandr Yesenin-Volpin has died in the United States.  He was 91 years old.

PHOTO: Pranksters Vovan and Lexus who deny working for the Kremlin. (Albina Shaimuratova)